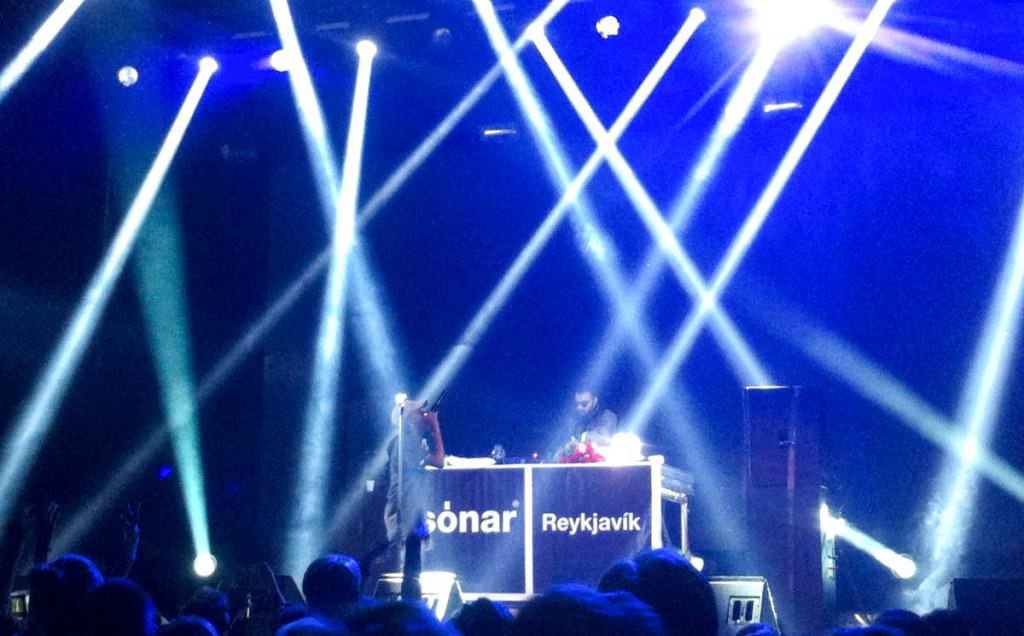 Thursday night was the first evening of this 3-day music festival of awesomeness they call Sónar Reykjavík. Harpa Concert Hall is a great venue for a music festival. Having 5 different stages within the same building is perfect, especially when it’s february in Iceland; you never have to walk outside in the windy weather between shows.

There was some excitement in the air, as people had been looking forward to this feast for a long time. The line for the bracelet pick-up was long, longer than the line outside of Dunkin Donuts when they first opened in Iceland, and that’s saying something. But that’s another story. Here are some of the great performances I caught last night: The first artist I saw was Vök. They performed some of their old songs and some fresh ones. The atmosphere was nice and calm, as could be expected so early in the evening. Margrét, the singer, has this kind of voice that makes you want to listen forever, and the whole band is really talented. They are justa great band to see live.

Next, I popped into a random room, without really knowing what was going on there and was stunned. On stage, there was a dance group, Iceland Dance Company, collaborating with Martin Kilvady & Mankan with their piece All Inclusive. It’s a live electronics duo who explore the inner qualities of sounds. It’s was like a dialogue between dance and music. The group moved to the music of the duo so in a hypnotizing way. They were either dancing together as a group or in pairs, in such a way that it looked chaotic but organized at the same time. It felt like I wasn’t watching dance, but rather that I could see the music. I was also just thrilled to see a dance performance as well as music gigs, I love variety at music festivals. Reykjavíkurdætur were awesome as always. Around 16 girls on stage, wearing either casual t-shirts or underwear; basically just what they wanted to wear. The performance was dynamic and powerful. Singing about sexual violence, politics and feminism, they completely nailed it and reached every person in the audience, as usual. Go, girls!) One of the artists that many have been looking forward to seeing is Angel Haze. First on stage was a DJ, and soon Angel herself came on stage. She seemed so tiny, but she has a big voice. Rapping and singing about abuse, despair and other chilling subjects, she certainly didn’t sound like a little girl. Her performance hit all the right notes, definately one of the coolest performances of this evening

I checked out Milkywhale, a new music project of the dancer Melkorka and Árni Rúnar from FM Belfast. Melkorka was enjoying the stage, dancing and singing, the music was a kind of disco pop with an innocent, cute vibe to it. I think she really got to the audience, especially with her remarks about kindness and other positive things between songs. The last show I saw this Thursday was Iceland’s very own king of disco, Páll Óskar (e. Paul Oscar). This was his first time performing at Sónar Festival, and I was curious to see if he would change his usual program because of the different audience. It turns out, no, it was the same great show as always. Dressed in a cape with the Icelandic flag on it, with four dancers in glitter bodysuits around him, he owned the stage and the crowd from the beginning of his set. He managed to get every single person dancing and singing along. I was getting tired by this point and had only planned to stay for the first part, but ended up staying the whole time, dancing like there was no tomorrow. As always, Páll Óskar was a beacon of love, happiness and confetti!

On the whole, I was very satisfied with this Thursday evening. It’s great to be able to see all these talented people in one place. The atmosphere was lively and there were all kinds of people and happiness in the air. I walked past a cute, sleeping couple by the door (music can be exhausting I guess) and out to the storm, already looking forward to returning the next evening. 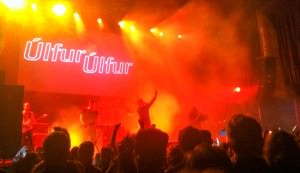 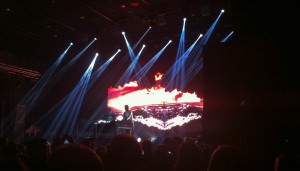