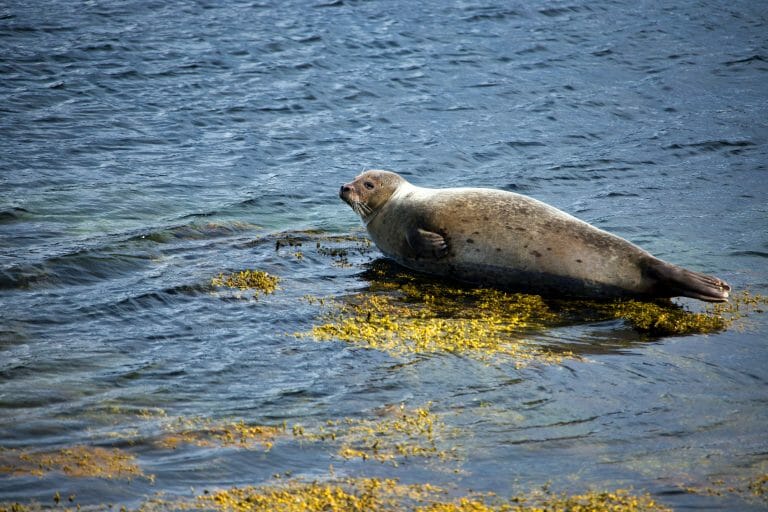 In Iceland, you can spot all kinds of wildlife. Next to whales, reindeer, arctic foxes, and puffins, you can spot seals in the ocean around Iceland or at its beaches. Would you like to spot seals during your trip to Iceland? Then read this article for tips and tricks.

What seals live in Iceland

The harbour seal and the grey seal are the only species of seals that have their pups in Iceland. Four more species frequent the country: the harp seal, the bearded seal, the hooded seal, and the ringed seal. Walruses are also found around Iceland, but this is extremely rare.

The harbour seal is the most common seal in Iceland, and it resides mostly in North-West Iceland. It can grow up to 2m long and weigh 100kg. In June, a female gives birth to one pup. They eat fish like cod, redfish, baitfish, coalfish, and flatfish. They live in a colony, and they like to stick to the same colony their whole life. The species have recently been defined as critically endangered in Icelandic waters by the Icelandic Institute of Natural History.

The grey seal is larger than the harbour seal, with a length of 2.5m and a weight of 300kg. They give birth to one pup between September and November. From March to May, the seals migrate from their colony to skerries, but other than that, they don’t travel much. The grey seal eats codfish, wolfish, baitfish, and lumpsuckers. Because of their size, they can hunt larger prey than the harbour seal. The number of Icelandic grey seals has declined dramatically since the 1990s, from 13,000 to 6,000 animals.

Where to spot seals

Ytri-Tunga is a farm on the Snaefellsnes peninsula, and on the beach close to it, a large seal colony has their habitat. The golden beach is beautiful and offers a lovely view over Snæfellsjökull glacier. Seals resting close to the beach are harbour seals, one of the two common seal species in the waters around Iceland. The best time to spot seals is in the summer months but be sure to make a stop there if you’re in the area in the other seasons, too!

On the Vatsnes peninsula, you will find excellent seal-watching spots, for instance along the coast of Hvammstangi town or at Hvítserkur, a large rock formation in the ocean. Colonies of resident seals are often spotted in these areas.

Jökulsárlón is a glacial lake in Southeast Iceland (370km from Reykjavík), formed by meltwater from Vatnajökull, the biggest glacier in Europe. Icebergs drift in the lake, slowly heading towards the ocean. On these big ice blocks, you can often spot seals resting and sunbathing. You can also see them swimming through the currents.

Seals can be spotted in the ocean around Reykjavík, too! And bearded seals have been spotted in Elliðáar, a river network east of Reykjavík. You can also watch the seals in Reykjavík Family Park and Zoo.

Seals can be seen in all coastal areas around Iceland, especially when there are skerries and rocks, so keep an eye out when driving along the coast.

A few tips when spotting seals: move gently and don’t make loud noises; keep a distance of at least 100m, and never approach a seal pup. Drones scare seals, so don’t fly your drone close to them. 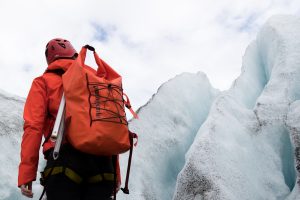