Grab Your Popcorn. Stockfish is back.

Calling all cinephiles! The Stockfish Film Festival returns to Bíó Paradís for its 8th annual celebration of up-and-coming art-house films from Iceland and beyond.

From March 24 through April 3, the festival will screen a carefully curated selection of award-winning films that otherwise wouldn’t be available to Icelandic audiences.

In addition to offering a lineup of stellar films – including The Hill Where Lionesses Roar (FR/AL), The Last Bath (GB), Hive (XK/AL), Post Mortem (HU), One More Jump (IT), and Apples (GR) – the festival runs a short film competition for up-and-coming creators to showcase their work, and maybe win some accolades (and cash prizes) in the process. This year, Icelandic filmmakers were invited to submit short films in four categories: fiction, documentary, experimental and artistic music video projects.

More than an opportunity to watch world-class cinematic offerings, Stockfish’s Industry Days also give aspiring filmmakers and the general public the chance to learn more about the craft directly from those working in the industry in Iceland and around the world. In previous years, Industry Days participants have benefitted from the insight of the likes of French film development consultant Isabelle Fauvel, Norwegian director and writer Mona J. Hoel, and Canadian film editor Jutin Oakey, among many others.

Stay up to date with announcements and buy your festival pass at StockfishFestival.is. 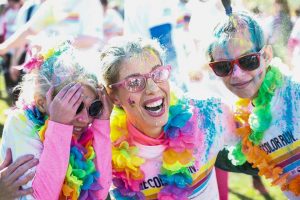