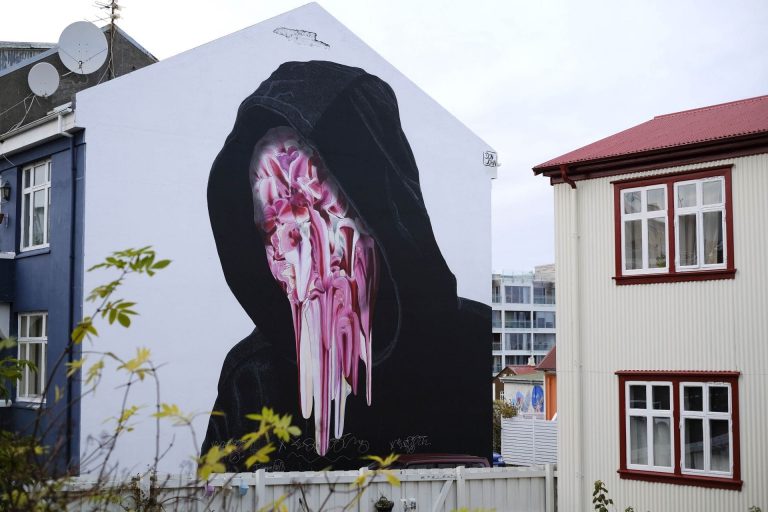 When you go for a walk in Reykjavík, one thing stands out: the incredible murals. They are spread all around the city, and most of them are difficult to miss, covering the entire side of houses and office buildings. They give colour to the city, and visitors often name the murals as the highlight of their stay in Reykjavík. It makes you wonder, who made these paintings? Why were they made and where they are located? Good news, we will answer these questions. 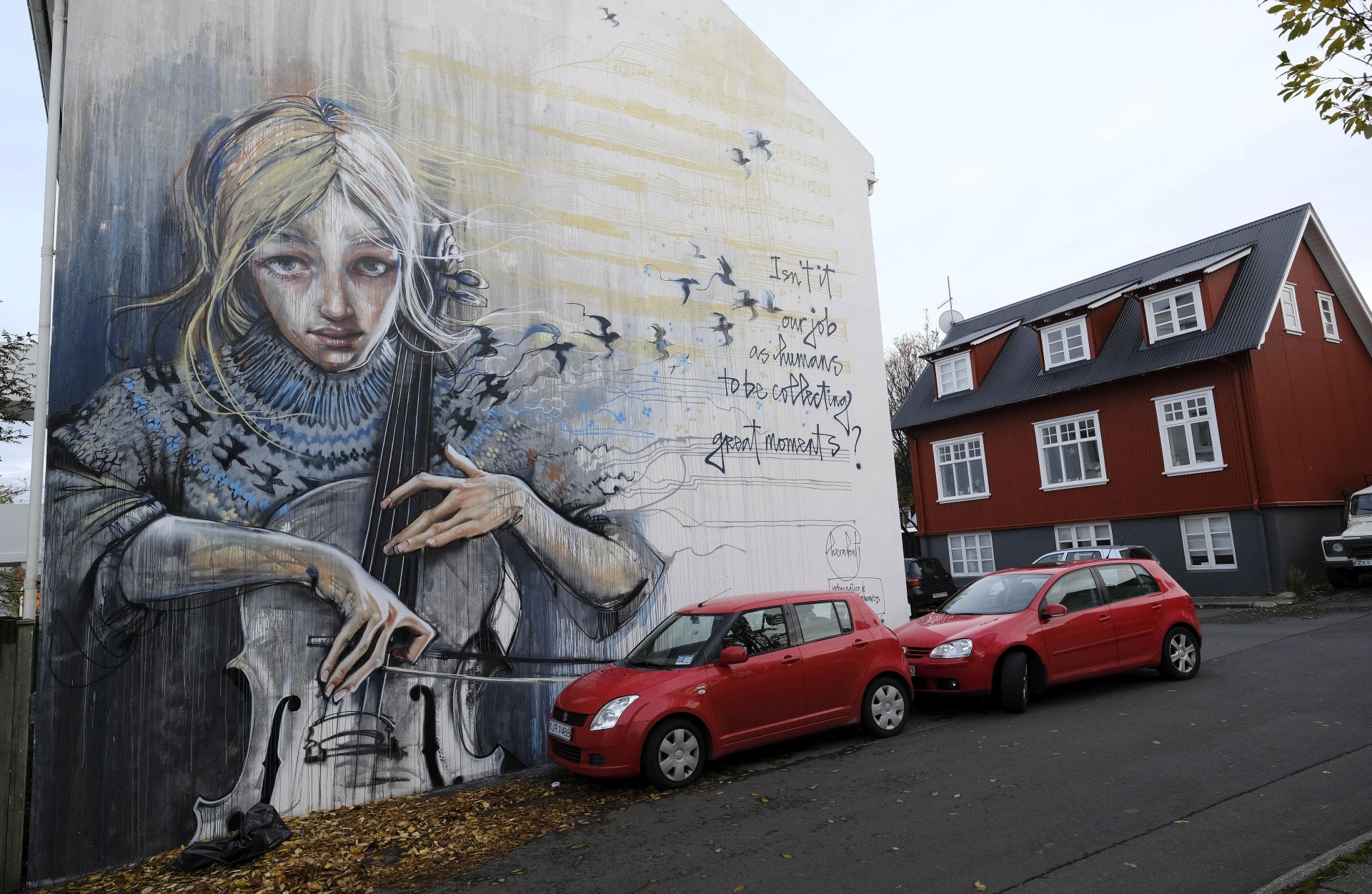 Most of the street art in Reykjavík is part of a project called Wall Poetry. This art project was organised in 2015 and 2016 and was a collaboration between music festival Iceland Airwaves and German art institution Urban Nation. For this project, each year 10 bands and 10 artists joint forces in making street art inspired by songs of musicians performing at Iceland Airwaves. You will find the locations of these artworks on the map at the end of this article.

The photo featured below is of the mural at Laugavegur 23, a collaboration between Belgium illustrator Caratoes and Icelandic band Ylja. The mural is inspired by Ylja’s song Óður til móður. 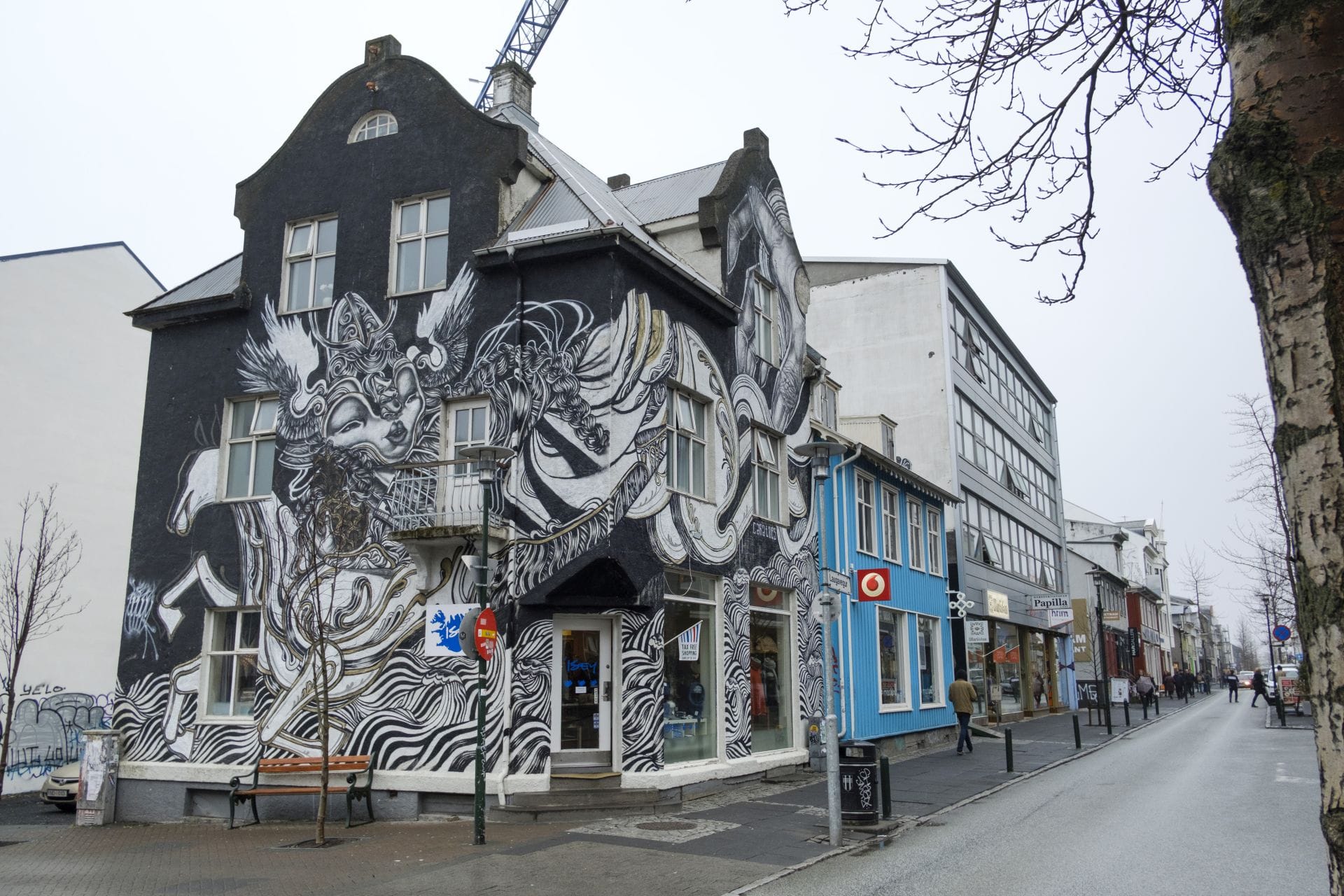 The murals that were made as part of the Wall Poetry project make Reykjavík more beautiful, but the fact that no Icelandic street artists were invited to partake has been subject to criticism. Reykjavík City only appoints a certain amount of buildings for art projects like this, and most of them have been assigned to the Wall Poetry Project in recent years, leaving little space for the local street art community. Local artists are left to make their works on temporary walls at construction sites.

This has resulted in artists taking matters into their own hands, and one of them is Sara Riel. When she didn’t get permission to paint her artworks on public buildings, she decided to contact private real estate owners who gladly accepted her offer for a mural on their building.

Because she contacted private real estate owners, the people in Reykjavík have been able to enjoy her amazing artworks downtown. Our current favourite is Fönix (Phoenix), featured below. Sara let us know that she’s working on more murals, so keep an eye out this summer. The new works will be connected to a solo exhibit in the gallery Kling & Bang. 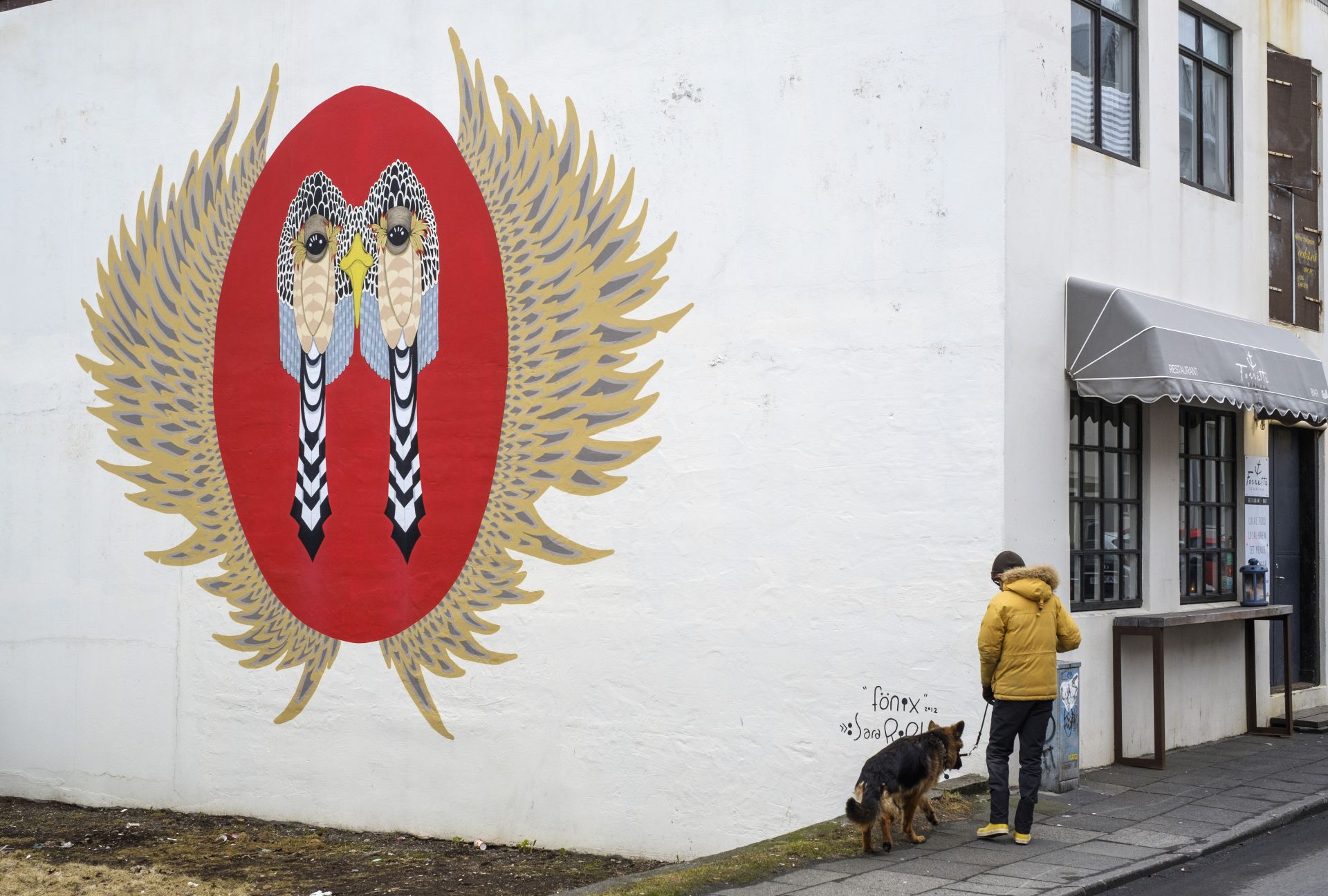 The photorealistic black-and-white murals made by Australian artist Guido van Helten have left their mark on Reykjavík’s Grandi area since 2014. Photos taken at the performance of Sartre’s play No Exit in 1961 were the inspiration for these artworks. These days, it’s difficult to imagine the area without these huge faces. A clear example of how street art can change and improve the urban area. 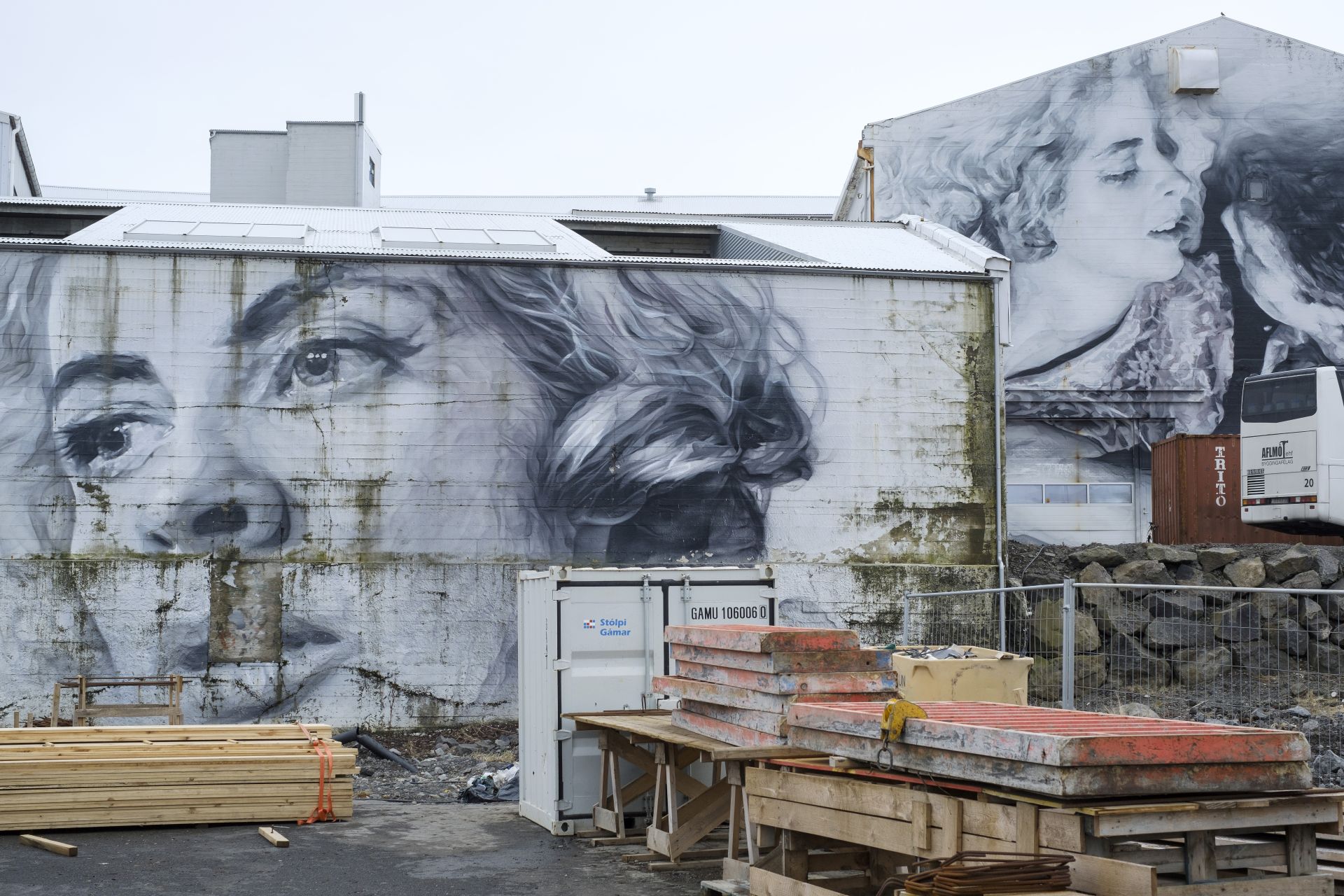 Map of street art in Reykjavík

We hope you will take the time and walk around Reykjavík to spot all of these beautiful artworks. Use this map to locate them. 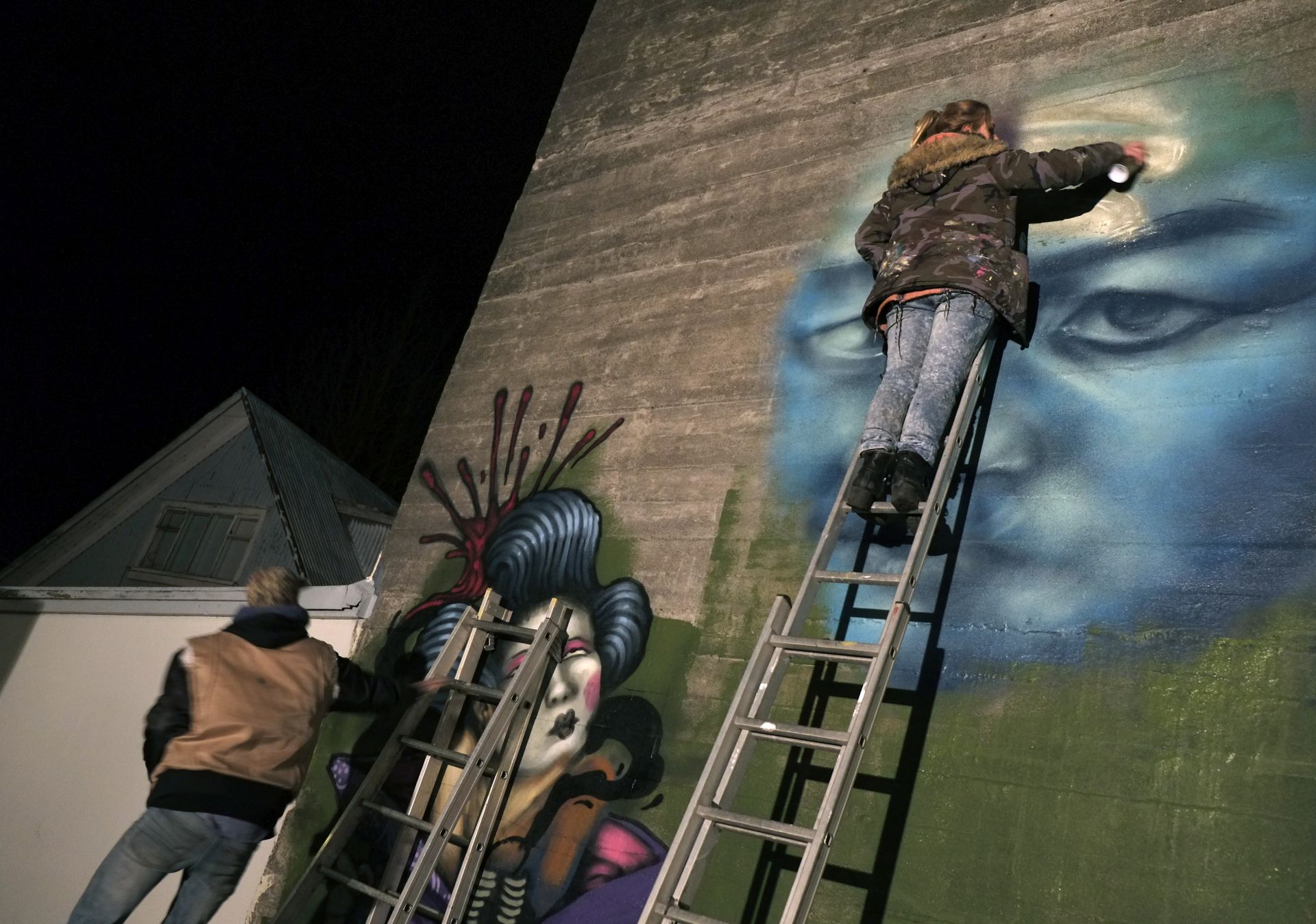