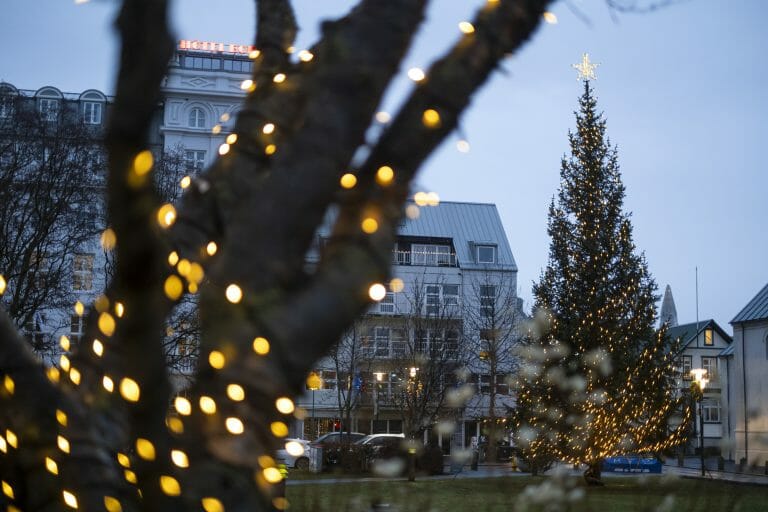 An extraordinary amount of books is published in Iceland each year, considering the size of the nation. The Icelandic “Christmas Book Flood” (Jólabókaflóðið) refers to the annual publication of new books occurring during the months before Christmas in Iceland. Newly released books are listed in a yearly compilation (Bókatíðindi) that is distributed to households for free in November.

The Christmas Book Flood traces its roots to, on the one hand, Iceland’s centuries-long literary tradition, and, on the other hand, strict currency restrictions during World War II. The restrictions limited the number of imported gifts to Iceland; considering, however, that restrictions on imported paper were more lenient than on other products – books became the default Christmas gift.

Foreign translations of Icelandic literature have tripled over the past decade. If you’re interested in getting swept up by the Icelandic Christmas Flood this year, there are plenty of new Icelandic titles to choose from, i.e. that have recently been translated into foreign languages.

Books to read this Christmas

Andri Snær Magnason’s newest book is about climate change. Billed as, “the book that will make you understand what our future holds for us – if we don’t act immediately,” On Time and Water is based on interviews and advice by leading scientists in glacial science, ocean science, and geography. Personal, historical, and mythological stories are also woven into Magnason’s narrative.

Eva Björg Ægisdóttir’s The Creak On The Stairs was elected as one of the five best crime stories of October 2020 by The Times in the UK. In the story, you follow Chief Investigating Officer Elma, who has returned to small town Akranes after a breakup. Elma and her colleagues Sævar and Hörður work on a complicated investigation after a woman’s body has been found at the town’s lighthouse. As they make a series of discoveries, crimes from the past come to light.

The Fox and Silenced are part one and two of the Ice and Crime book series. In The Fox, Reykjavík police officer Guðgeir Fransson moves to a small town in East Iceland. When a foreign woman arriving in the town disappears almost immediately, he suspects something is awry. Following the trail of the missing woman, he heads to Reykjavík and then to a remote farmhouse where an elderly woman and her son live who share a dark past. In Silenced, Guðgeir investigates the apparent suicide of Kristín Kjarr. His investigation leads him to a powerful family with a sinister history, and several crimes that can be tracked from Europe to Scotland, until the case takes a more personal turn.

Storm Birds (2020) – Einar Kárason
Storm Birds is inspired by the real-life dramatic event where several Icelandic trawlers were caught in a storm off Newfoundland’s Grand Banks in February 1959. It tells the gripping story of the 32-strong crew battling the elements during a crisis at sea. With heavy icing weighing down on the fully laden trawler and a sea cold enough to kill a man in just minutes, there is no exit. A gripping and vivid read about a battle of life and death, Storm Birds made both the Financial Times and The Sunday Times Books of the Year 2020 lists.

In Betrayal, aid worker Úrsula returns to Iceland after having worked around the world and accepts a high-profile government role. On her first day, she promises a mother to help her find justice for her daughter, who had been raped by a policeman. Life in office soon becomes more complicated than Úrsula could have imagined. Exploring topics of politics, police corruption, and misogyny, Betrayal is a relevant and exhilarating read that will get your blood pumping.