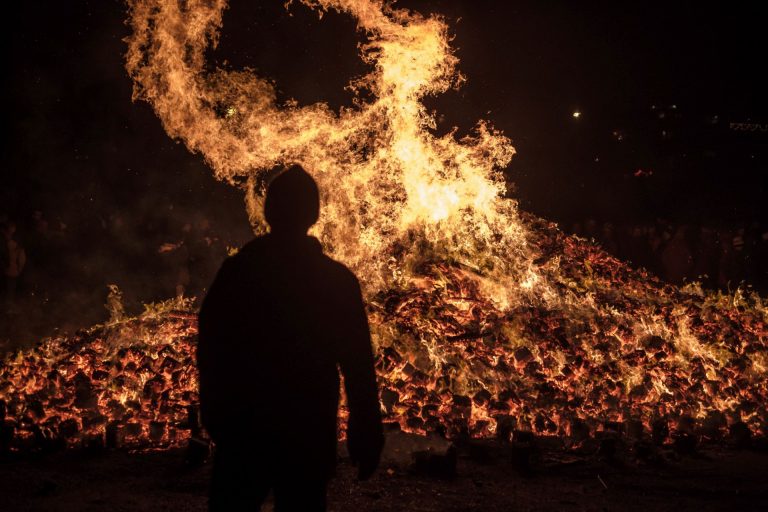 The Last Day of Christmas – Þrettándinn

In Iceland, Christmas lasts for 13 days. But even here, Christmas has to end sometime. The last day of Christmas is known as Þrettándinn. Þrettándinn literally translates as “The Thirteenth” but is more commonly known as Twelfth Night in the English-speaking world. Since Christmas starts on December 24 in Iceland, it’s called Thirteenth Night instead of Twelfth Night in Icelandic. On Þrettándinn, Candle Beggar, the last Yule Lads heads back to the mountains, but that’s not the only thing that happens. Even though Christmas is a Christian holiday, Þrettándinn is dedicated to elves, Huldufólk (hidden people), and other mythological creatures.

Þrettándinn is a very mysterious time of year in Iceland. On this day, the lines between our world and the supernatural realm are blurred. According to folktales, all sorts of supernatural events occur; cows can talk, seals shed their skin and become human, the night dew has healing powers, and your dreams can tell the future!

Despite all these truly amazing occurrences, what most captures people’s imagination about Þrettándinn is the elves. For instance, there’s the belief that if you sit at a crossroad where you can see four churches on this night, you have a chance of meeting elves, who give you gifts to try to lure you into their world. If you’re tempted to accept the gifts before dawn, the elves will drive you mad (as you see, we’re not talking Lord of the Rings elves here, this is serious stuff) but if you manage to not speak to them, you get to keep all the loot. This is also the day the elves move to a new house, (even though they actually live in stones) and many people keep their lights on all night long to aid them on their journey.

A second beginning to the year

Traditions on Þrettándinn include getting together with your family to have a big dinner, followed by going to bonfires. By the fire, people sing elf songs, and Elf Queens and Kings often make an appearance. Þrettándinn is also a perfect evening for finishing shooting up the rest of the New Year’s fireworks, as it’s the last day you can do it legally. If the traditions seem similar to New Year’s Eve, that’s because they are! Historically, the new year started when the Christmas season ended, on Þrettándinn.

Time to take the decorations down

Since this day marks the final day of Christmas, there’s also the mundane task of throwing out the Christmas tree and taking down all your Christmas decorations. Well, most of them. It’s the darkest time of the year, and many people like to keep the lights up for just a little while yet. The twinkly lights brighten up the dark days in January.

If you find yourself in Iceland on Þrettándinn, why not join in our hidden people holiday? Look up to the sky for fireworks (and the northern lights, of course) and dance around a bonfire, but watch out for the elves, please!