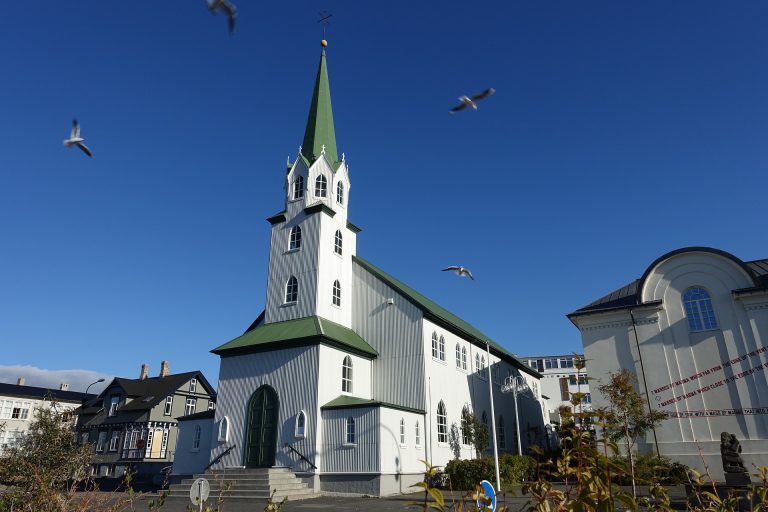 The Most Beautiful Churches in Reykjavík

Religion in Iceland has been predominantly Christian since it was adopted as state religion under the influence of the King of Norway around 1000AD. For over 500 years, the Icelandic church was Roman Catholic. In 1540, the Lutheran Reformation was established in Iceland, enforced by the Danish crown. The national church has been Lutheran ever since. The Evangelical Lutheran Church of Iceland owns more than 350 churches in the country, and then there are the 50 churches that are owned by other Christian segregations.

In this article, we will tell you more about the most beautiful churches in Reykjavík.

Hallgrímskirkja is Iceland’s biggest church, towering over downtown Reykjavík. The Lutheran church, with its facade inspired by basalt columns found in Icelandic nature, is a popular landmark. Building of Hallgrímskirkja was completed in 1986. It was designed by Iceland’s state architect, Guðjón Samúelsson, who also designed Landakot Roman Catholic Church, the building of the University of Iceland, and many more. The church is named after 17th-century poet and minister Hallgrímur Pétursson, who is celebrated for writing the Passion Hymns. You can find Iceland’s biggest organ inside the church, with 5,275 pipes. Hallgrímskirkja is open every day from 09:00 till 17:00. The tower is open from 09:00 till 17:00 in winter and from 09:00 until 20:30 in summer.

In Iceland, you will find old, little turf houses with grass roofs all around the country, and churches have also been built like this. Árbær Open Air Museum in Reykjavík owns a collection of 20 old Icelandic buildings, most of them furnished. You can stroll through the past and experience the way Icelanders used to live. You can visit restored homes, where traditional crafts are displayed. It contains a turf church, constructed from timbers of an old church at Silfrastaðir in Skagafjörður, dating back to 1842, in a style that was common throughout the 19th century.

Fríkirkjan í Reykjavík is an independent Lutheran Free Church, which means it’s not part of the State Church. The lovely white church with a green roof is located right in the centre of Reykjavík next to Tjörnin lake. The Fríkirkjan í Reykjavík congregation was established in 1899, wishing to bring the church closer to the people. The church was built soon after and consecrated in 1903. After this, the church has been enlarged twice, and various alternations have been added to the church.

Háteigskirkja is a beautiful Lutheran church with four pointy steeples located on top of a hill. You will find it on a short walking distance from downtown Reykjavík. Building of the church began in 1957 and it was consecrated in 1965. Inside the church, you can see a mosaic cross by Benedikt Gunnarsson and beautiful golden pillars. The church is not specifically open to tourists so it might be closed when you visit, but the cute church is worth a visit anyway.

Landakotskirkja, also known as Christ the King Cathedral, is the cathedral of the Catholic Church in Iceland. It’s located in West Reykjavík, on walking distance from the city centre. The cathedral doesn’t have a spire, but a distinct flat top. It’s designed by the same architect who designed Hallgrímskirkja church. It was built a lot earlier though. A small chapel was built in 1864, and a few years later, a small wooden church was built on the same ground. However, a growing number of Catholics in Iceland after World War I meant a bigger church was needed. Landakotskirkja, the largest church in Iceland at the time, was therefore built and it was sanctified in 1929.The church is open every day from 7:30 to 19:00. 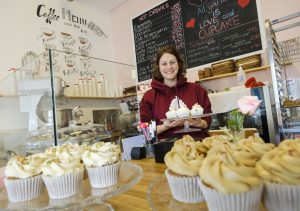 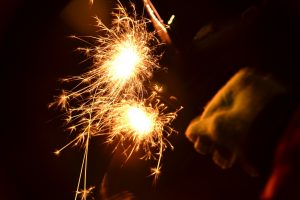 Christmas & New Year’s Eve Tours You Should Check Out 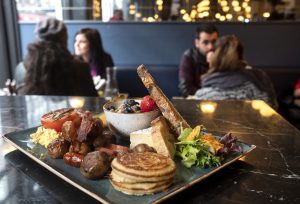