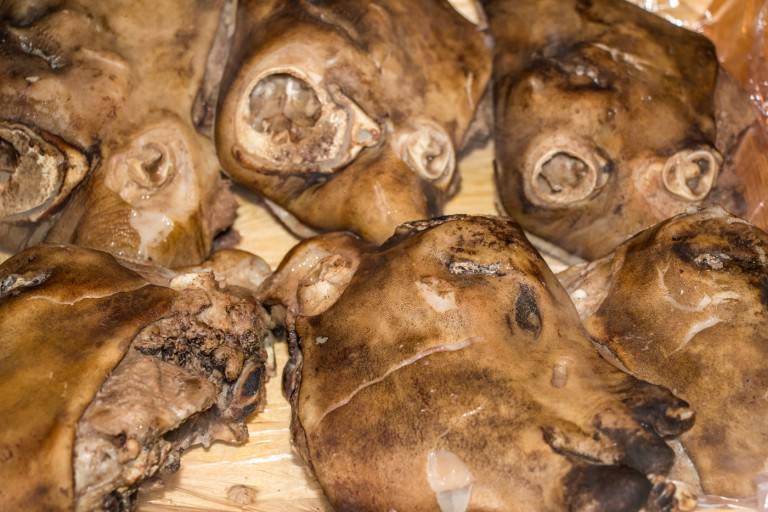 In the Old Norse calendar, Þorri was the name of a month that ran from late January to February in the current system. Þorri is a reference to an ancient deity of frost and winter, which is fitting since it’s usually the coldest month of the year. During this month there was usually a blót, or a sacrifice combined with a festival, to appease the god and ensure the return of summer. With the conversion to Christianity, this tradition died out, but was resurrected in the 19th century, and Þorrablót celebrations (minus the sacrifice) have today become a firmly established tradition.

During modern Þorrablóts, it is traditional to eat some of the old-fashioned foods Icelanders used to eat before they had refrigerators. Since it had to be preserved somehow, the dominant flavours are pickled, salted, dried and smoked. Some of it is quite good, some is not good at all, and almost all of it will seem very strange to those unfamiliar with it. Here’s a handy guide to some of the most popular Þorri food.

Svið are sheeps’ heads, cut in half, singed, to get rid of the fur, and boiled. Svið isn’t bad food, the head is pretty good meat. Of course, in centuries past, when there was never too much meat to go around, it made no sense to throw away the head just because it looked icky.  Nowadays we recognise that many find it uncomfortable to literally look their food in the eye, but they can always get Sviðasulta, a lamb’s head terrine, which is sometimes pickled in acid whey. If you’re a first-timer, we recommend at least starting with the unpickled variety, acid whey pickled lamb’s head terrine is definitely an acquired taste. 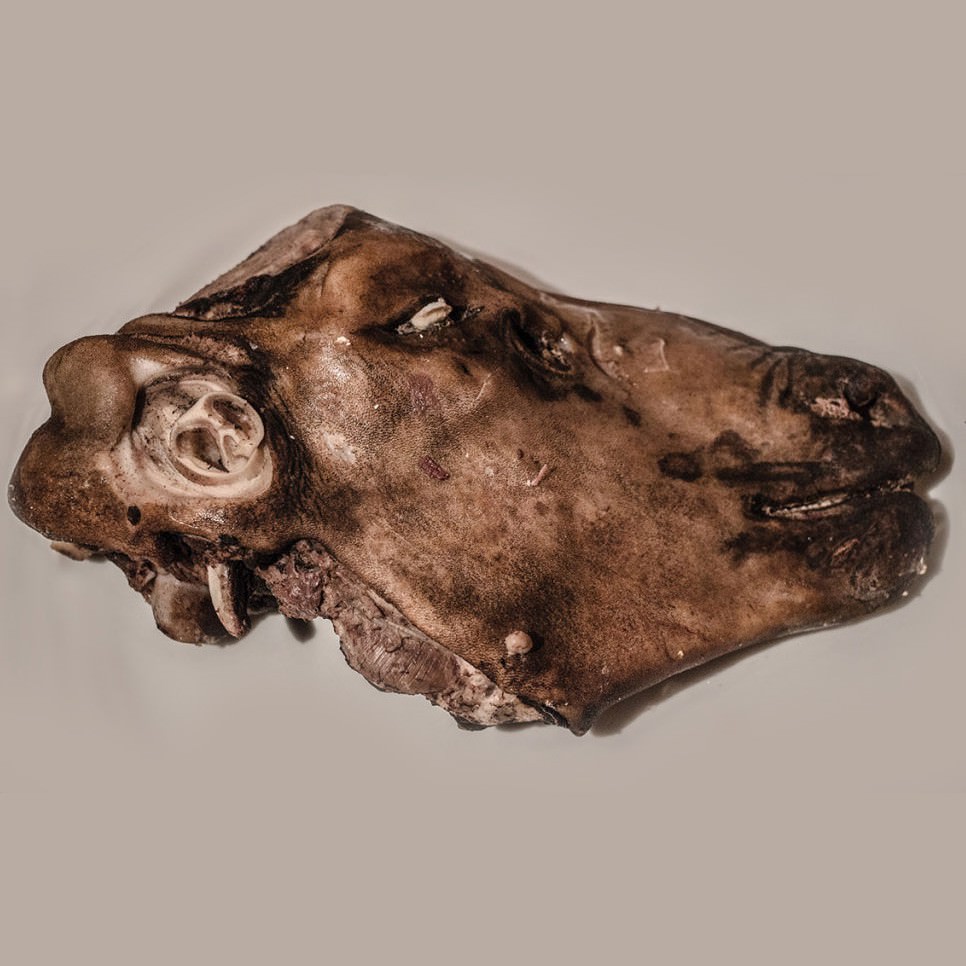 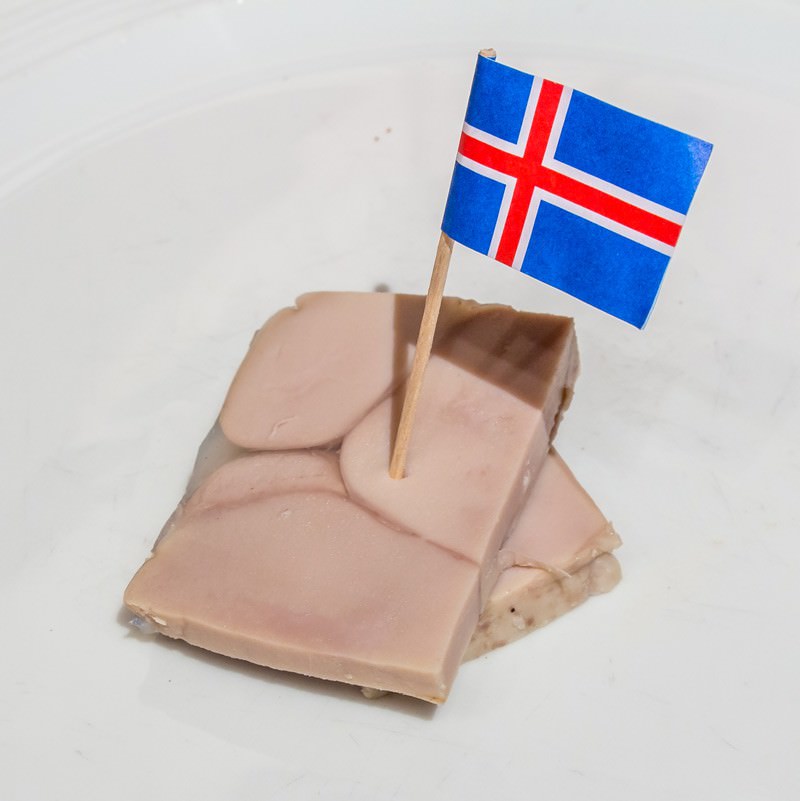 Yes, you read it correctly; ram testicles. They really did use everything back in the day. The testes are pressed into blocks, boiled and cured in acid whey. This does not sound very tasty – and to be frank, that’s probably because it really isn’t. There are some who enjoy snacking on these sheep balls occasionally, but my guess is that we mostly keep this dish around because we feel like we sort of have to, because it’s tradition. Either that or we just like freaking out the tourists.

The name doesn’t sound very appetising, that’s for sure. Still, this blood sausage, a combination of lamb blood and suet mixed with flour, oats and some spices, actually tastes pretty good. Blóðmör is usually boiled and served with mashed turnips and a white sauce closely related to béchamel, or cut in slices and pan-fried. It’s also delicious served cold, with a bowl of cinnamony-sweet rice pudding. 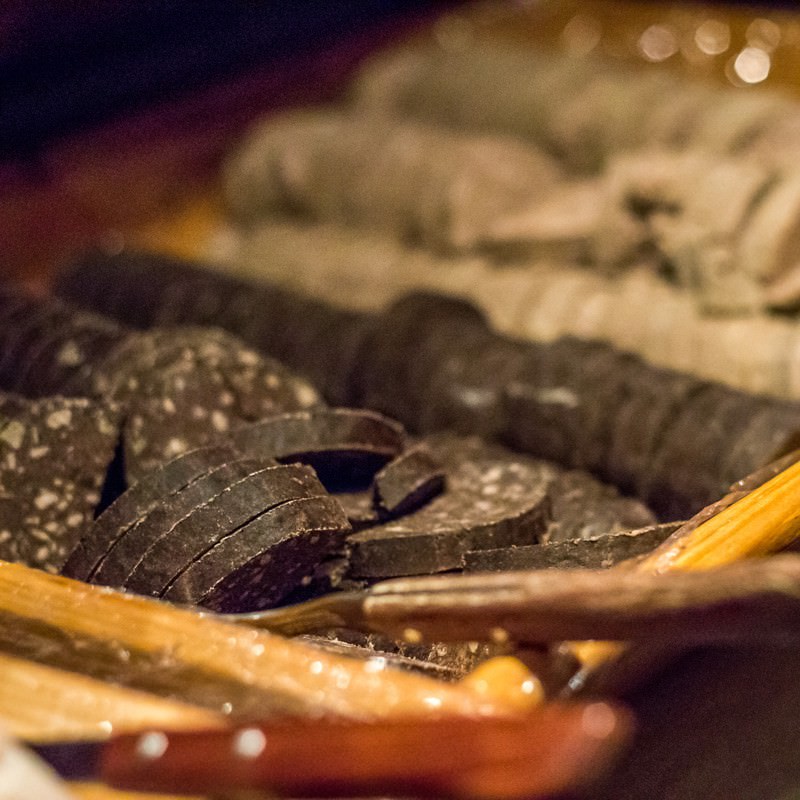 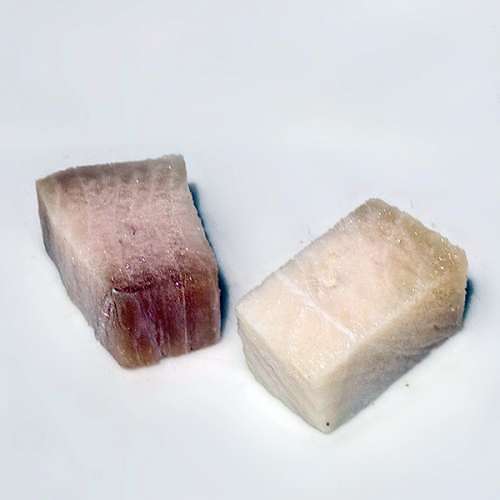 Since fresh shark is poisonous, in order to eat it, you first have to bury it in the ground for 6-12 weeks. After that most of the poison has broken down into ammonia. This explains the pungent odour of ammonia (often compared to the smell of strong, and we mean STRONG, cheese) that this “delicacy” gives off. It’s best washed down with a shot of Brennivín schnapps (an aquavit flavoured with caraway seeds). This pairing is often considered the ultimate test of masculinity.

Drying fish is a good way to preserve it when you don’t have access to freezers. It also, coincidentally, produces a delicious, salty snack that’s almost pure protein. It’s best eaten with lots of creamy Icelandic butter. Harðfiskur can be purchased in most supermarkets and at Kolaportið flea market. This is one of the few traditional Icelandic delicacies we can definitely recommend. 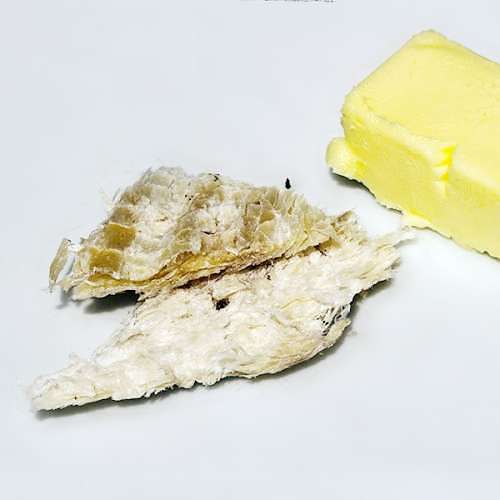