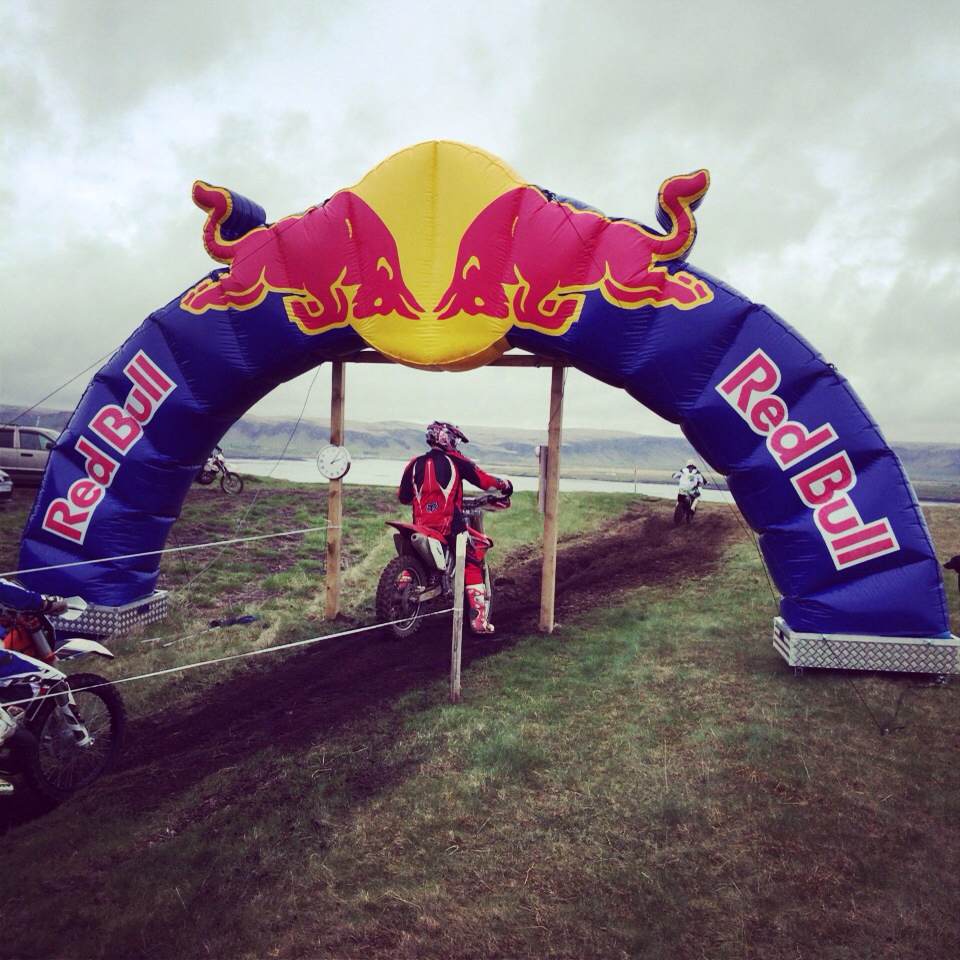 Red Bull’s Transatlantic Offroad Challenge takes place on the 30th of May at Ásgarður farm, near the historic town of Kirkjubæjarklaustur. The motocross competition is the largest race of its kind in Iceland, growing steadily year by year since its inauguration, with 2-300 participants per year for the last few years.

Taking place in the dramatic landscapes around Kirkjubæjarklaustur, in South Iceland, the route is very much surrounded by nature, taking competitors over lava fields and into valleys, all while surrounded by mountains in the distance. The race is so near to nature that it even had to be delayed once due to a volcanic eruption(!)

See it for yourself in this video from last year:

Many people make a day of it by bringing the whole family and having a barbecue out in the track-side nature. There are hundreds of competitors and each one has their own team, so it’s always a good large crowd by the roadside, rooting for their team, socializing and enjoying the great outdoors, or wandering over to the concession area for some snacks. There’s always a good atmosphere and plenty of friendly competition, which makes the mood of the crowd very lighthearted and fun.

This is an enduro-race, meaning the contestants spend about 6 hours on the track, each round lasting about 20-30 minutes, making it completely different from a regular speed race.

Over the past year an enormous amount of work has been undertaken to improve the roadside and organize the competition area for such an event. The landowners have been working hard to smooth out and re-vegetate the surrounding soil so one could say it’s a whole new track from last year. In addition to this, the sponsors and competitors have busied themselves with philanthropic activities in the area, amongst other things awarding grants to the local healthcare and playground.

The competition is divided into several categories, such as ‘single rider’, where the winner will receive the title of ‘Ironman’ – since enduro-bike racing is one of the hardest sports in the world – ‘two-‘ and ‘three-person relay’, as well as handing out awards in fun categories like ‘father/son or mother/daughter teams, and for teams of combined ages or more than 100.

So as you can see, it’s a fun, family oriented kind of event where lighthearted entertainment is the order of the day. If you’re in the south-east of Iceland on the 30th of May, you should definitely stop by!