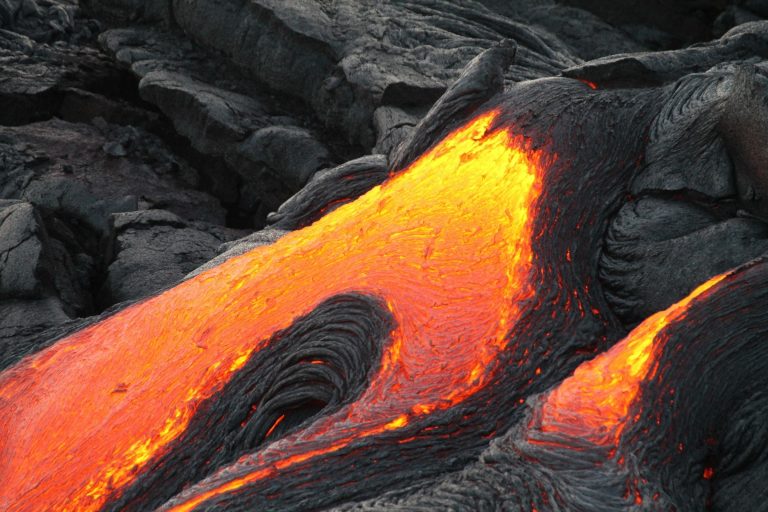 On average, a volcanic eruption occurs in Iceland every four to five years. This isn’t surprising considering the island has between 150 and 200 volcanoes, split into different volcanic systems. About 30 different systems are still considered active in Iceland, and 13 of them have erupted since the settlement of Iceland in 874. Let us tell you a little bit more about Icelandic volcanic eruptions. 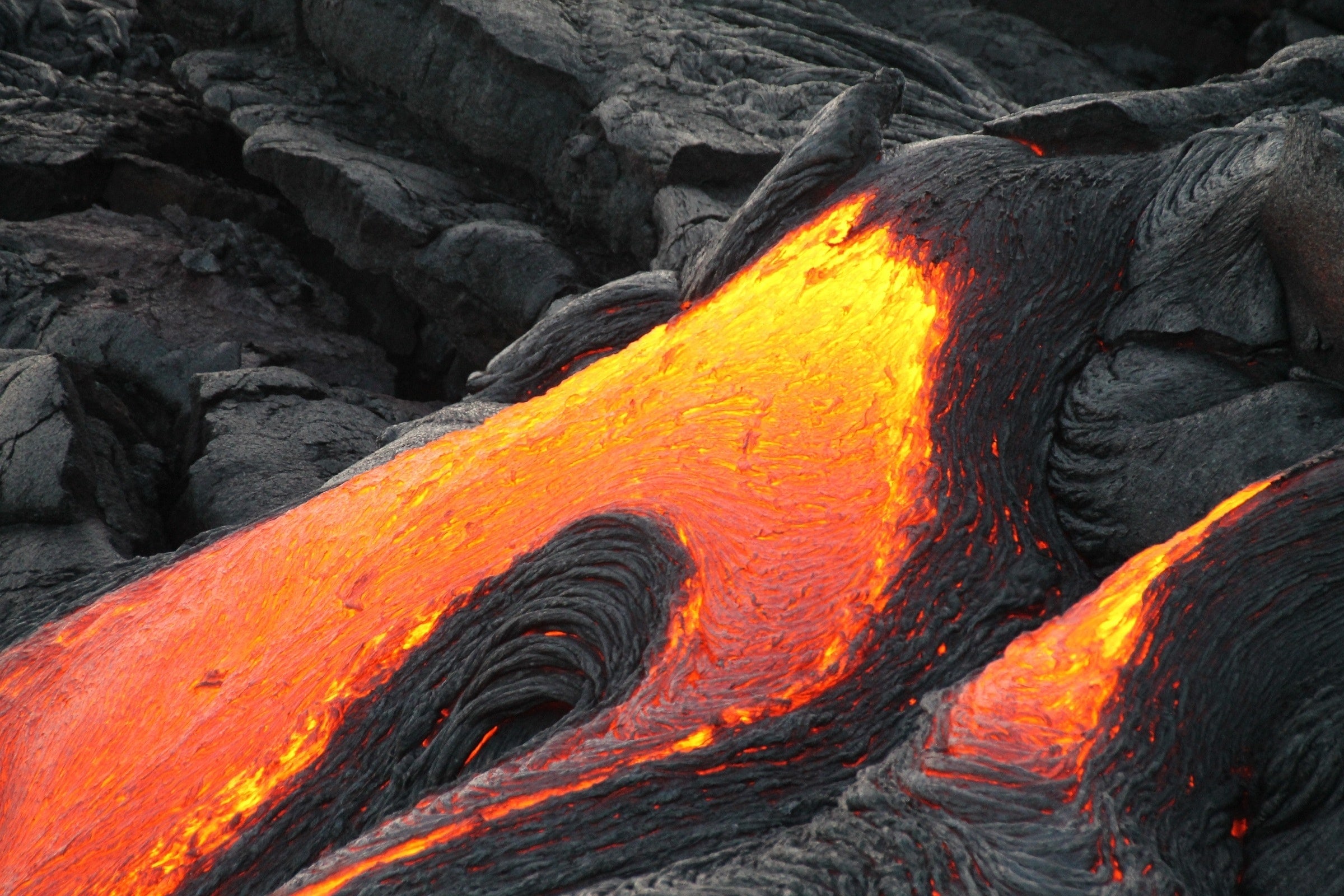 The second biggest emission in recorded history worldwide, was also in Iceland – the 2014 eruption of Bárðarbunga. In just six months, Bárðarbunga produced enough lava to cover the island of Manhattan – 85 square kilometres. And Laki? That produced 370 square kilometres of lava – the size of the Gaza Strip – in only 50 days! 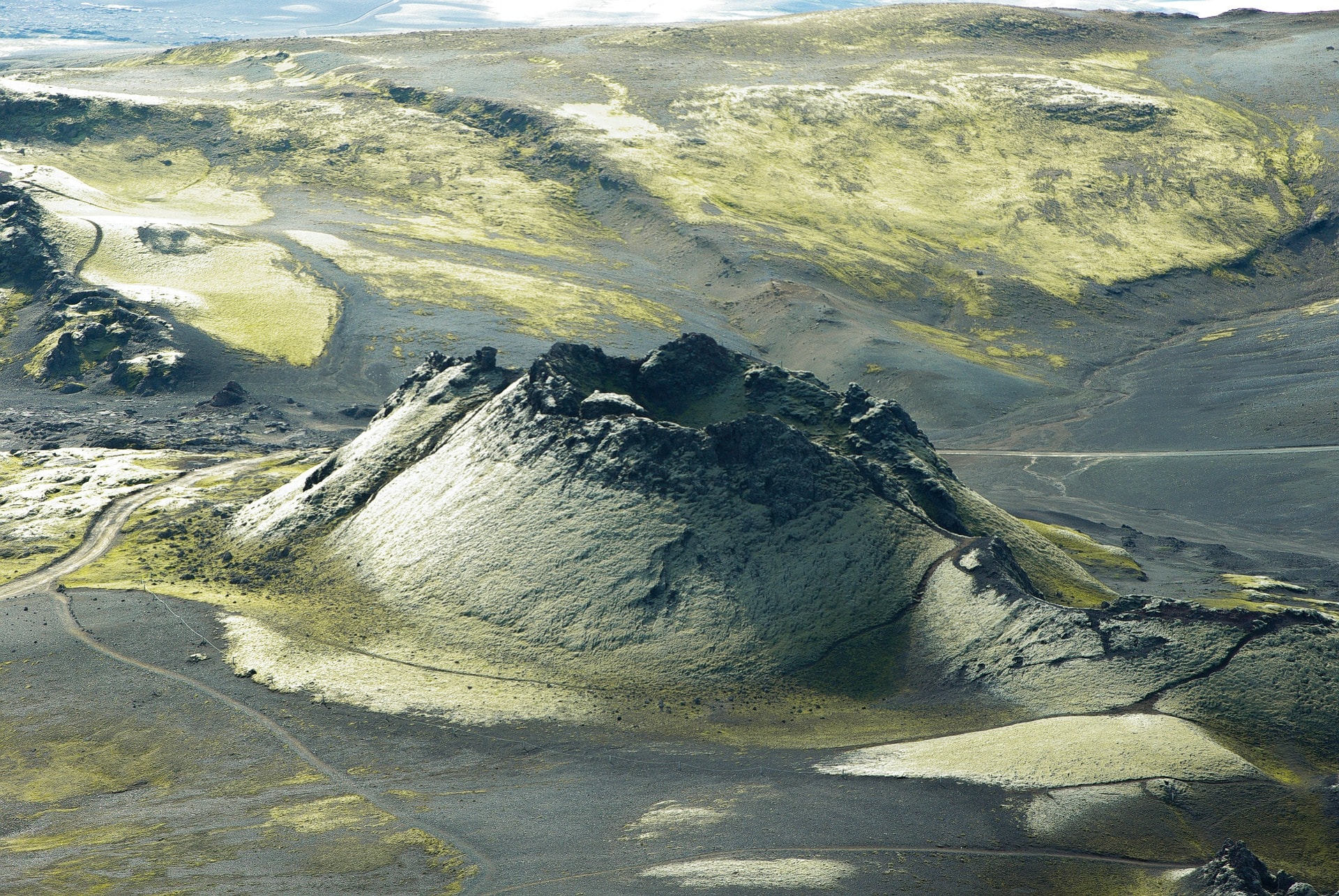 The most famous volcanic eruption

This one is easy. It’s an understatement to say that the 2010 Eyjafjallajökull eruption did not go unnoticed. The eruption disrupted flights all over the world, challenging news reporters to pronounce Eyjafjallajökull on live television. What happened exactly? The eruption officially started on March 20, and between April 14 to 20 an enormous ash cloud from the eruption covered large areas of northern and western Europe. About twenty countries closed their airspace to commercial air traffic and this affected no less than ten million travellers. Not only did the eruption disrupt flight all around the world, it also changed the local landscape drastically. Before the eruption, there was a glacier lagoon at Gígjökull close to Eyjafjallajökull, but when the eruption started, the ice started to melt, and the lagoon got bigger and bigger until it washed away in a huge flood. The area, where the lagoon used to be, is now a 30 metres deep pile of volcanic material. 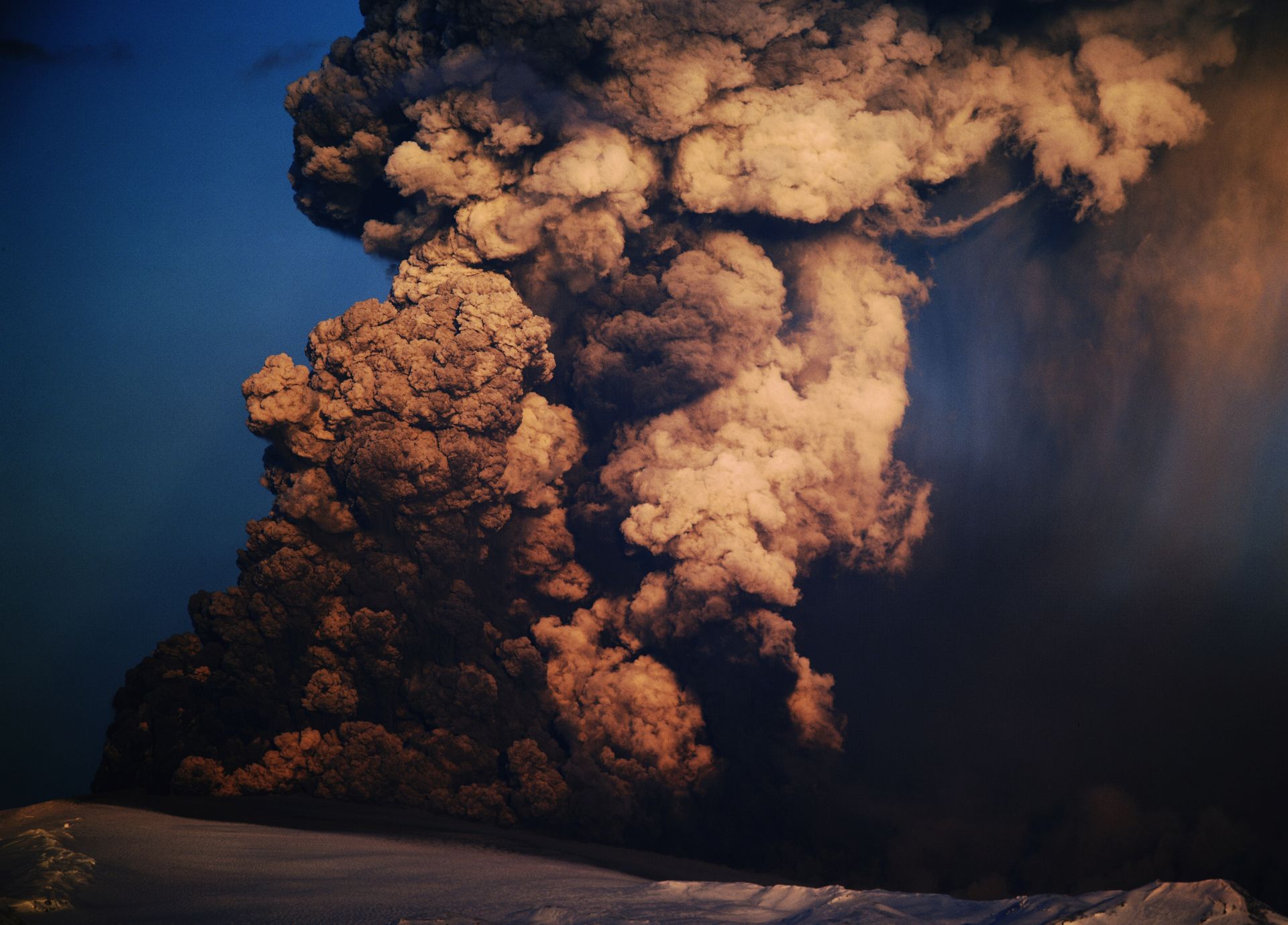 The most destructive volcanic eruption

In Iceland, there is a place called the Pompeii of the North. This is Heimaey, one of the 15 islands of the Westman Islands, an island group south of Iceland’s mainland. It’s the largest of the islands, and also the only populated one. On January 23, 1973, the volcano Eldfell started erupting unexpectedly. In the early hours of the eruption, the entire population of the island was evacuated, with the first boat leaving just thirty minutes after the start of the eruption. Within six hours, 5 300 people had arrived on the mainland and were being housed by family and friends. The eruption buried around 400 homes in lava and ash, and almost destroyed the island’s harbour. One fish processing plant was destroyed, and two others damaged, and the town’s power generator was demolished. Despite the destructive force of the eruption, causing massive property damage, only one life was lost as a result of the eruption. 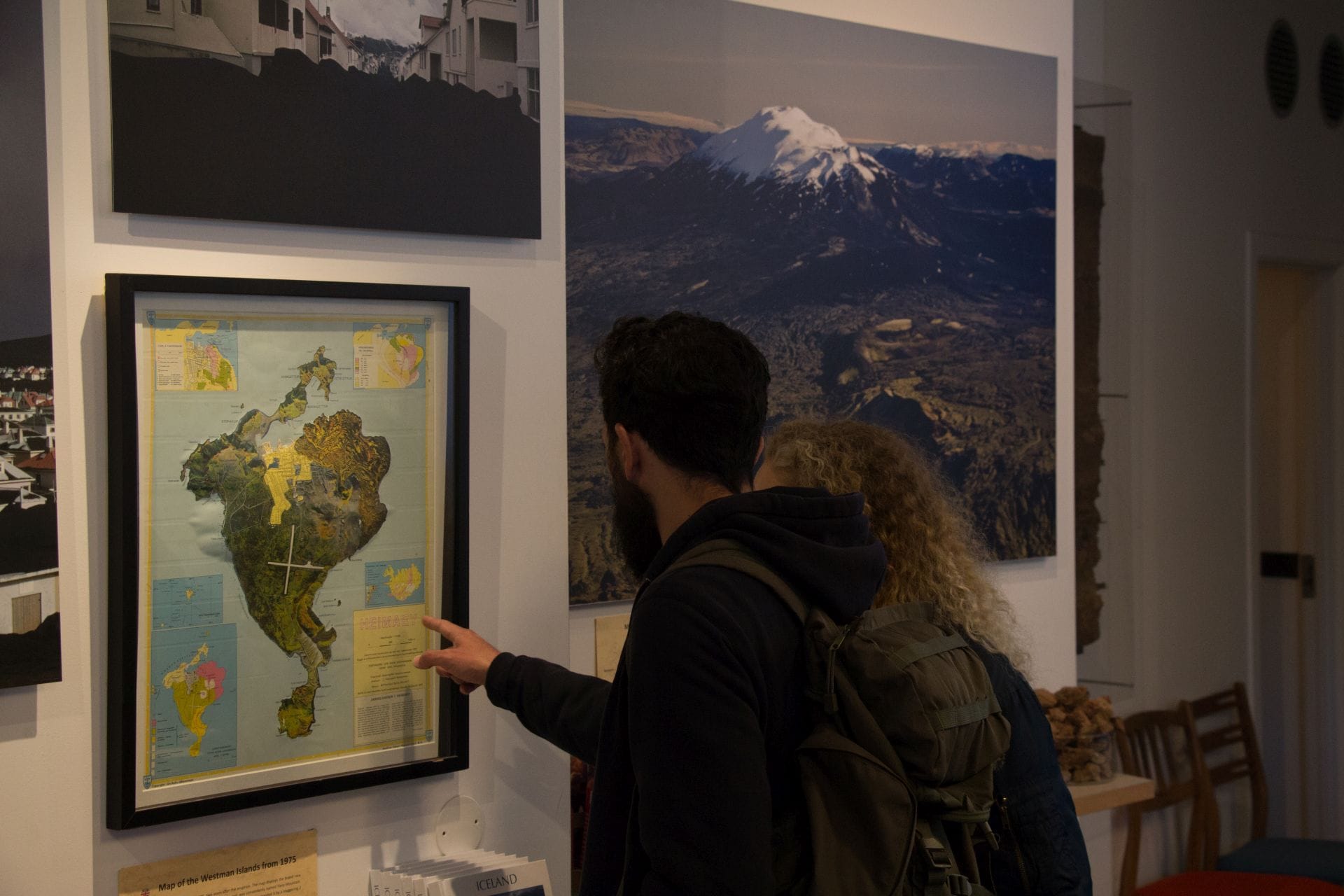 The most exciting volcanic eruption

The most exciting volcanic eruption was also in the Westman Islands. This was a four-year long eruption between 1963 and 1967, during which a new island was formed, Surtsey. The volcanic eruption started 130 metres below sea level, and reached the surface on November 14, 1963. In 1967, the island reached a size of 2.7 square kilometres! Today, the island has shrunk a bit, but is still 155 metres above sea level. The island offered scientists the unique opportunity to follow the development of life on barren ground from the moment it was formed, and therefore it has been of great interest to volcanologists, botanists and biologists. Surtsey was declared a nature reserve in 1965, and in 2008, UNESCO declared the island a World Heritage Site, in recognition of its great scientific value. Today, only selected scientists are allowed to set foot on the island.

The volcano with the most eruptions

Katla is one of the most active Icelandic volcanoes. She erupts on average every 50 to 100 years; this has been 20 times since the 9th century, when Iceland was first settled. There haven’t been any large eruptions since 1918 which some people interpret to mean that she’s overdue for an eruption. Volcanoes, however, don’t run on a timer, and there are many factors at play. Katla, much like Eyjafjallajökull, is completely covered by a glacier. This means that when there’s a big eruption, the lava and ice makes for a pretty violent show. But if the eruption isn’t very big, it might not even breach the surface of the glacier. For instance, scientists are pretty sure there were minor, pressure-relieving volcanic events in 1955, 1999 and 2011, but there’s no way to be sure, since all is hidden under a glacier. 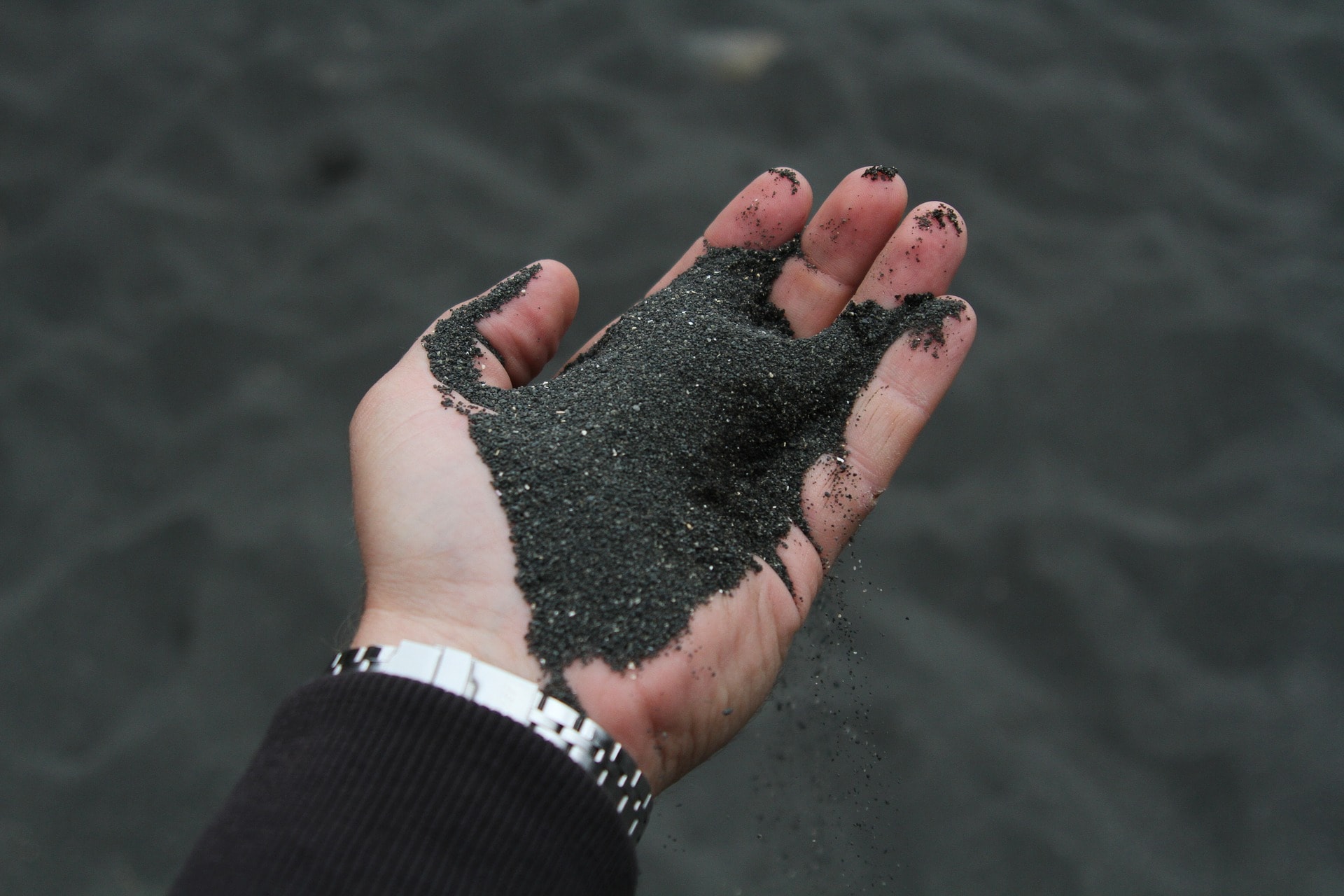 If you want to know more about volcanoes, or if  you want to experience a dormant volcano up close, volcano tours include: jeep tours to Hekla or Eyjafjallajökull, a helicopter tour that shows the top of a dormant volcano, a helicopter tour that takes you to the volcanoes of the south coast or a volcano hike and glacier walk. We also recommend going inside a volcano.

Alternatively, you can see the Icelandic Lava Show in Reykjavík, sitting inside in a safe environment around the 1000 degrees celsius hot lava. 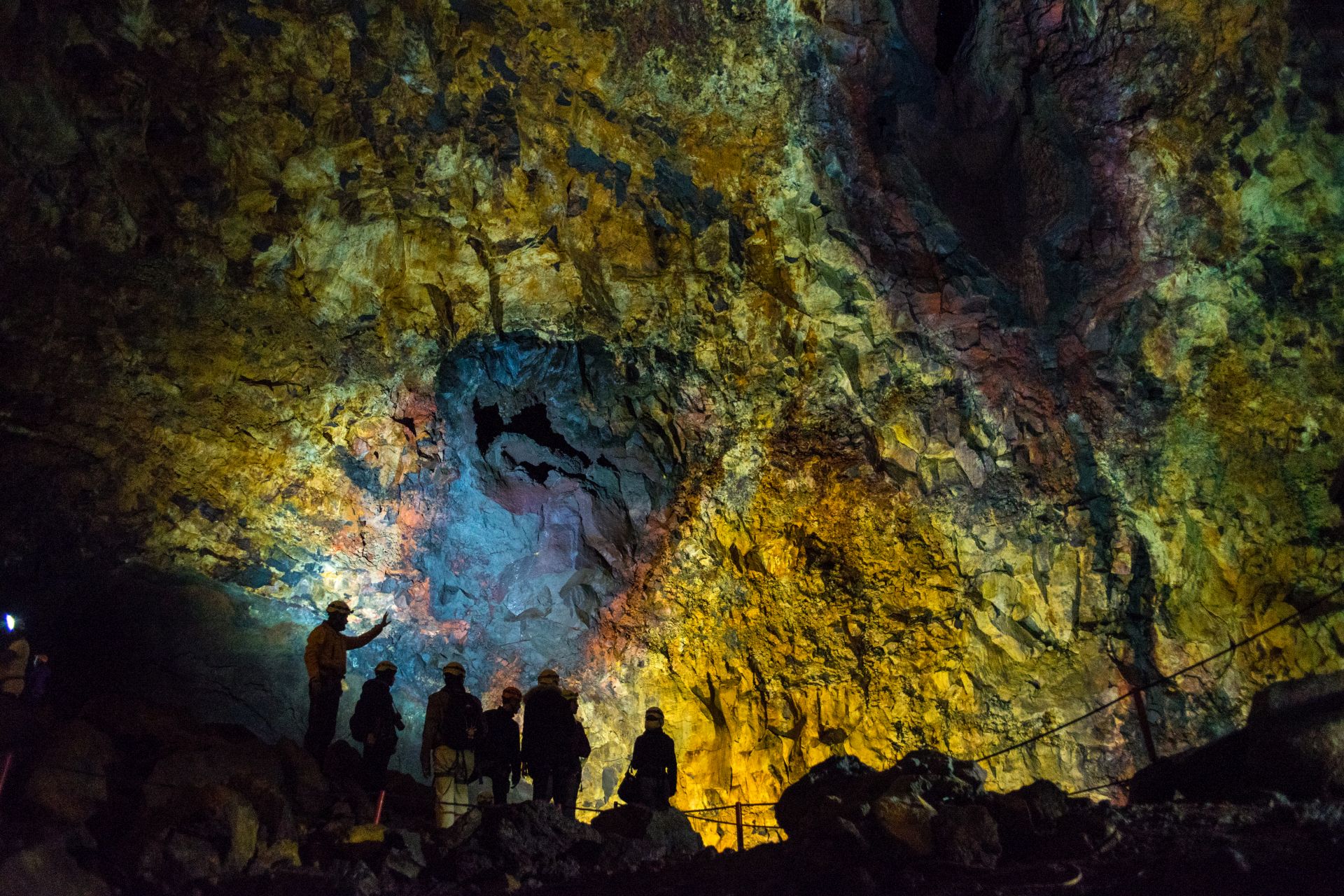