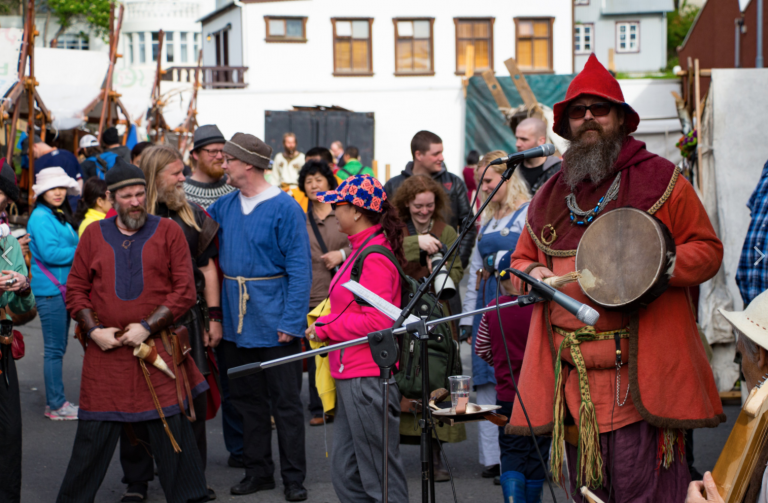 The Weird World of Icelandic Names

The naming tradition in Iceland is quite a peculiar one. For one, you can’t just name your child whatever you want to. There is no Summer or Blue Ivy up here in the North Atlantic because of the special naming committee which approves or rejects proposed names of individuals based on rules that usually feel benevolently arbitrary at best. Huxland? No? Dósóþeus. Yes!

The list of approved names is just as quirky a read as the rejected ones, as people in Iceland are just as likely to be named after natural phenomena as a household item. As a parent, you can decide between names such as Jökull (glacier) or Bolli (cup).

That’s not all! Iceland is also one of the few societies in the world to have kept the tradition of patronymic last names. Technically, Icelanders do not have surnames as our last name is the name of the father with the suffix son (male) and dóttir (female).  Let’s take a dive into the traditions and laws behind the madness and find out what in God’s name is going on in the heads of those barbarian heathens up north. 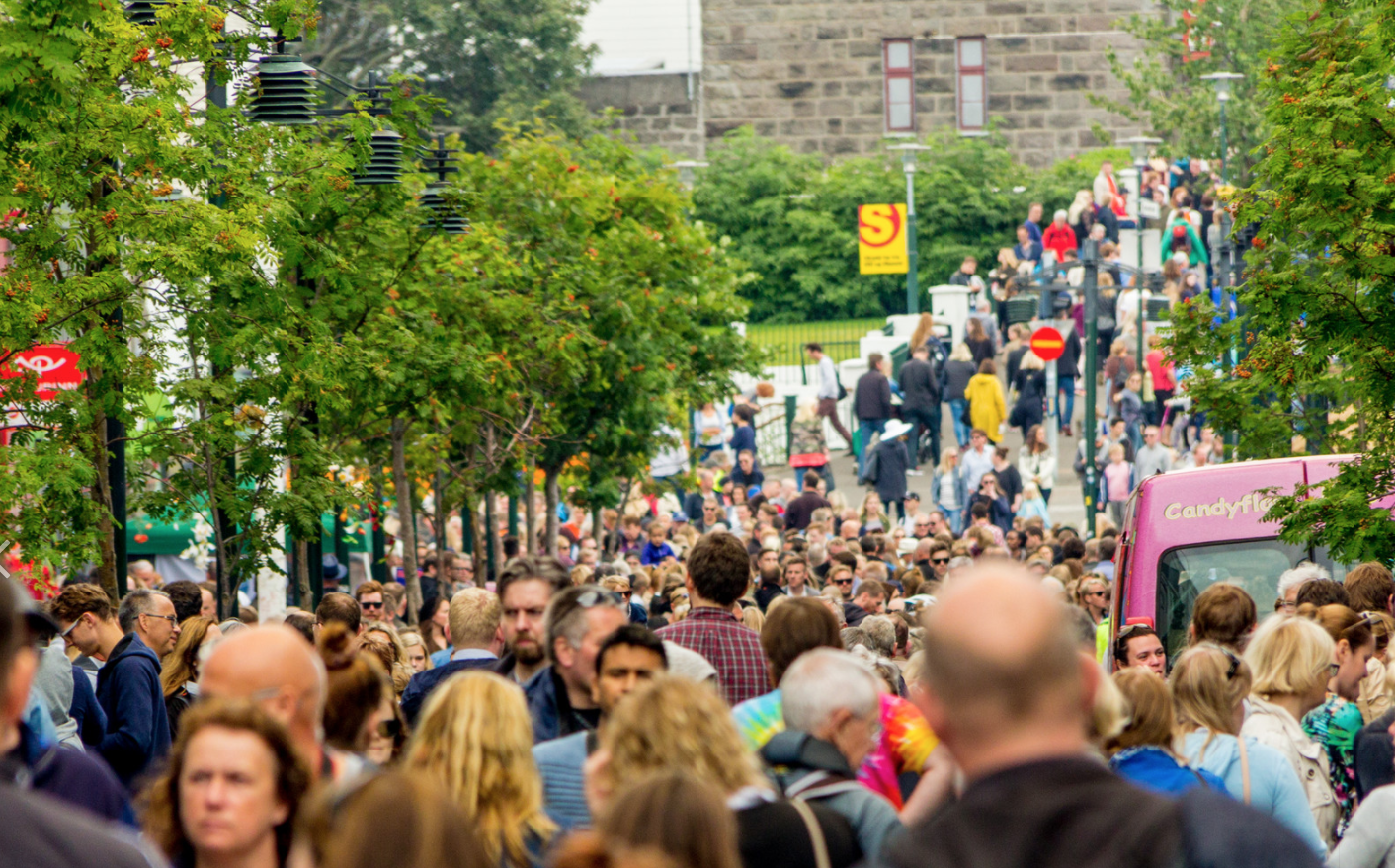 The Icelandic Naming Committee maintains the list of officially approved Icelandic given names, as well as monitors the introduction of new names into the language. The country seems to have a thing for naming committees as we also have one for the Icelandic horses as well as street names (that committee recently denied the name ‘Glimmerskarð’, or Glitter Pass).

The naming committee in charge of baby names was established in 1991 and three individuals control the names of the nation. The number of approved names that parents can choose from stood at 3565 in 2012. Names that are not on the already approved list must be submitted to the committee for approval, at the cost of $300. The committee receives around 100 applications for new names each year and it rejects around half of those. Any names containing letters that are not part of the 32-letter Icelandic alphabet (such as c and z) are automatically rejected, as well as names that aren’t compatible with Icelandic grammar.

Parents who want to have some fun with naming their baby will have a bad time as well. The committee will reject any names that don’t conform to Icelandic culture and tradition and also reserve the right to reject names that are likely to cause the bearer embarrassment.

Among names that the committee denied in recent times are Huxland, Sveinnóli (Two names crammed into one), Karma, Lady, Clinton, Íshak, and Eilytha. However, the committee does allow some funky ones every now and then. Strange names (for Iceland!) that have sneaked through recently include Cæsar, Vagna (close, but no cigar), Spartakus, Zakarías, Garibaldi, and Klemens. Mímósa even managed to pass the inspection of the committee!

That individual is guaranteed to have a good time at bars in the future!  It’s not all fun and games as the Parliament has plans afoot for disbanding the committee after controversial verdicts have been contested in courts. 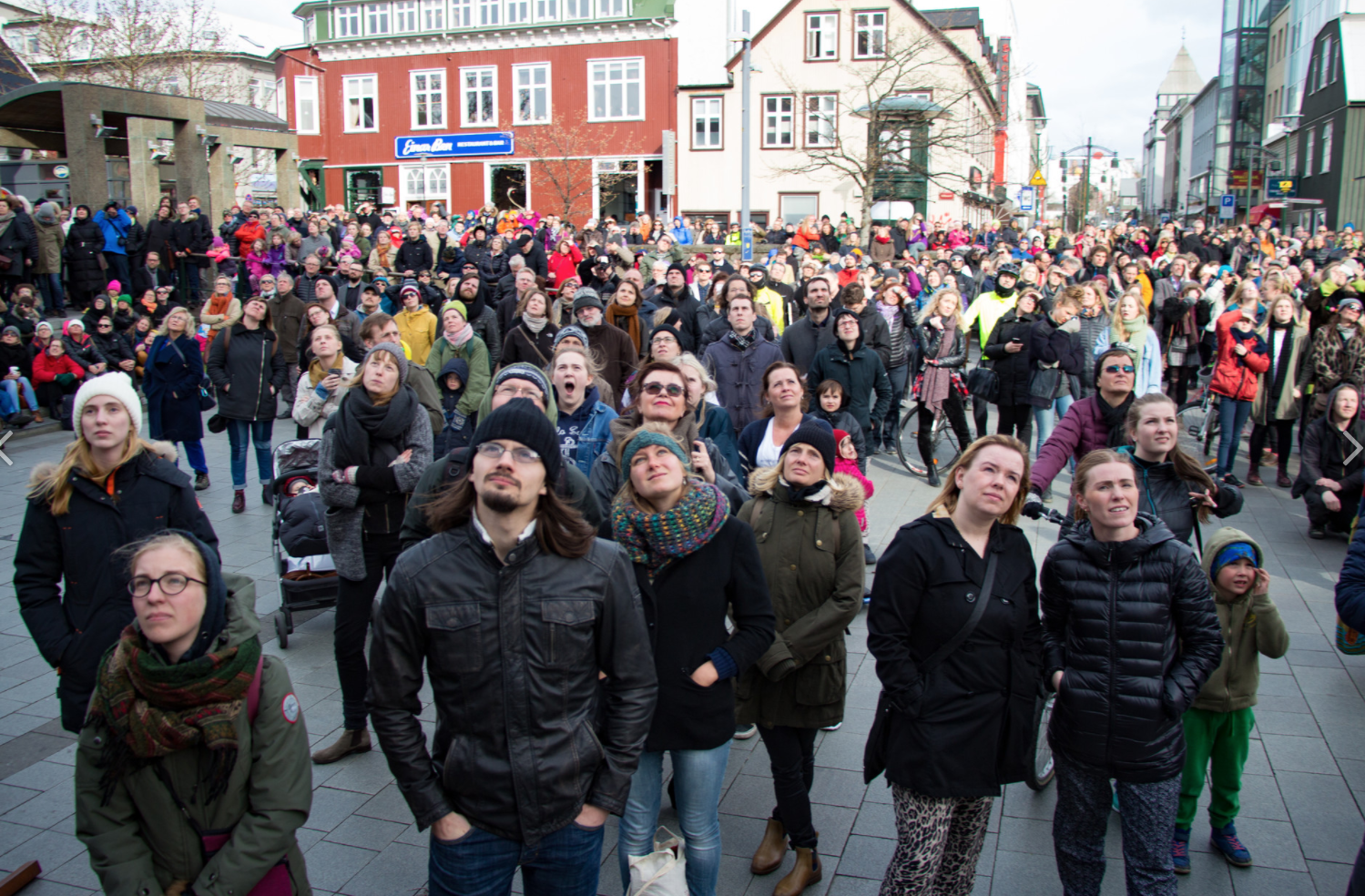 Yes, Icelanders do technically not have surnames. Our last names are derived from the first name of our father (or in some cases, the mother) with the added suffix of -son (male) or -dóttir (female). This naming tradition can be found in many places in the world, yet Iceland is one of few societies that still uphold this tradition. Remnants of similar naming traditions remain in other cultures, with names such as Rodriguez (son of Rodrigo) and Petrov (of Peter) but in Iceland, this is how everyone gets their last name. As a result, we all address each other by first names, which tends to have an equalising effect on society.

It does not matter if you are a teacher, a CEO, the prime minister, or the president. First name it is. The telephone directory in Iceland (we have one book for the whole nation) is also alphabetised by the first name. There are some ‘family names’ in Iceland and those are generally derived from individuals moving abroad in the early 20th century, and then returning with the last name (such as Andersen, Thors, Guðjohnsen, etc.). Oh wow, look at them with their fancy foreign names. When Icelanders marry, there is also no joining of last names. Each individual simply keeps their name from when they’re born to the day they die, although there are some people that elect to take up a last name that honours their mother instead of or as well as their father.

Our sports stars will generally use their last names on the back of their jerseys as it is simply a case of marketing for them, although that can sometimes cause some grumbles. However, we don’t have to look further than Björk to see the use of first names in Iceland. Many mistake Björk for an artist’s moniker but that is not the case as her full name is Björk Guðmundsdóttir. Ever seen her last name pop up anywhere? Exactly.

Explanation: Jón and Sigríður have two children, Snorri (boy) and Jónína (girl). The children will have the names Snorri Jónsson and Jónína Jónsdóttir. If they choose to take up the last name of the mother alongside the father’s name then their name changes into Snorri Sigríðarson Jónsson and Jónína Sigríðardóttir Jónsdóttir. Quite simple, right? 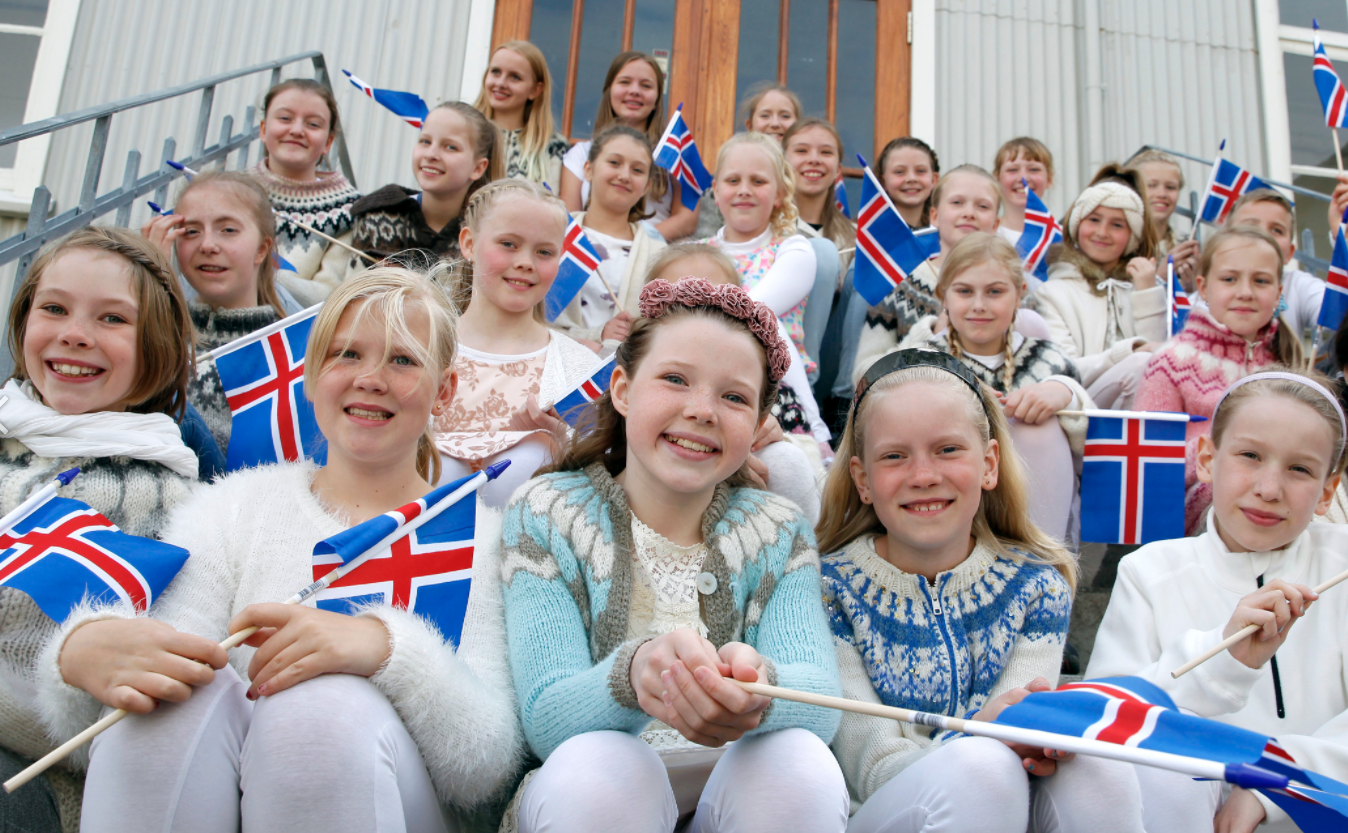 There used to be a law in place which required immigrants to take up an Icelandic name alongside their original name. It turned out that people tend to like their names so we ended with a weird case of repeating names. Aliaksandr became Aliaksandr Alexander and Luka became Luka Lúkas. The law was finally repealed due to the sheer ridiculousness of it.

The children of a British-Icelandic couple also encountered some problems when the Icelandic government banned them from renewing their passports. Apparently, Harriett and Duncan are not acceptable Icelandic names. Thus, Harriett Cardew and Duncan Cardew became Girl Cardew and Boy Cardew according to their passports. No official documents will be issued to people who do not bear an approved Icelandic name, according to the authorities. The Cardews have ever since had a wonderful time in border patrols all around the world! 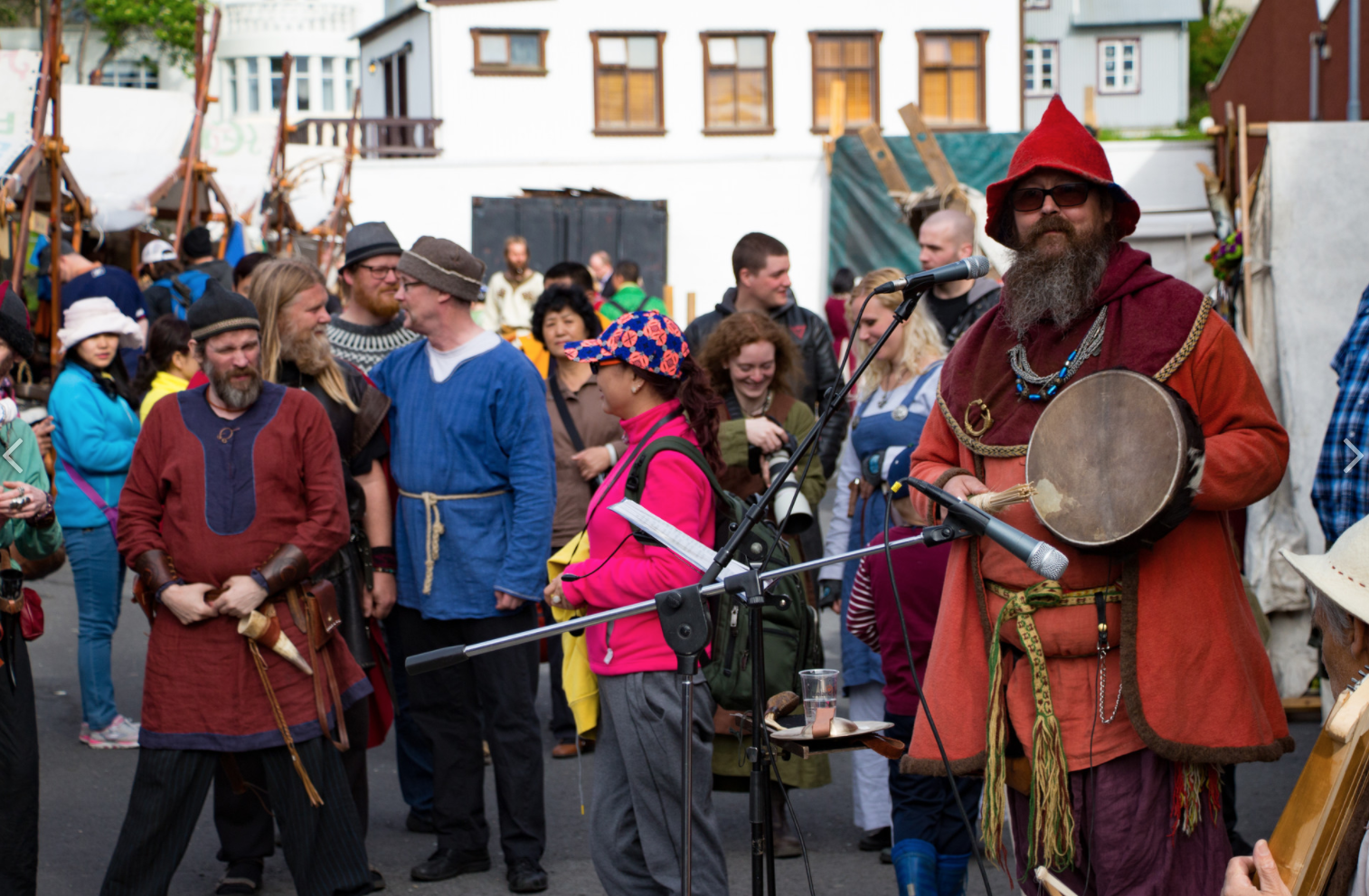 The number of unique birthnames in Iceland is 565, and there are some really fun ones out there.