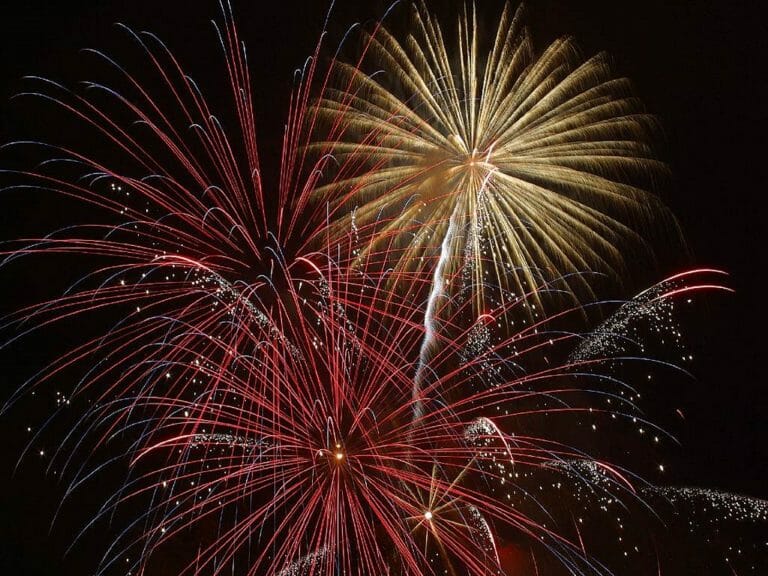 What Are You Doing New Year’s Eve?

Christmas is great; some people even say it’s the best. But when Christmas Eve has come and gone, and you’ve been to all the family parties, eaten all the cookies and opened all the presents, what’s there to look forward to? New Year’s Eve, that’s what. Luckily, there is no need to despair on December 27. New Year’s is still to come! If you like lighting fires, this evening can be just as fun as Christmas, but on a completely different level.

A family affair – at first

New Year’s Eve in Iceland is a very special event, and it’s the party night of the year. This might not be completely clear in the early evening, because many Icelanders start the night with a family dinner (turkey has become popular), followed by watching the annual comedy revue on television. Things only start to get going once they get their hands on some fireworks and start doing their best to blow up the neighbour’s house just around midnight.

Come on, baby, light my fire

There is a reason for our burning desire to set things on fire, as there is an old superstition that says you have to burn away the old year to wake up on New Year’s Day with a clean slate. Just in case the fireworks aren’t enough, we also have New Year’s Eve bonfires. Since the bonfires promise to burn away the sins of the year gone by, you can imagine how popular they are. Most towns have one, of varying sizes, and Reykjavík even has 10 in separate neighbourhoods. The bonfires are usually lit at around 20:30. That’s after dinner, but before the annual comedy revue starts.

Áramótaskaupið is a 50-minute comedy special satirising the year’s most prominent events, and it’s been on since 1966, which incidentally is the year RÚV (the Icelandic national broadcasting service) started broadcasting. Just how big of a deal is it? Well, in 2002, 95% of the population was watching. The other 5% were probably doctors and nurses on call tending to burns, their patients, and maybe a bartender or two. New Year’s Day conversations in Iceland are limited to discussions about what people thought of Skaupið, as it is affectionately known.

It might surprise you, but it’s not until after midnight that the actual party gets started. After the fireworks have been lit and hot chocolate has been had with older family members, that’s when people put on their glitter hats, get their confetti bombs ready and head out, drink in one hand, and a lit sparkler in the other. House parties are popular, and downtown Reykjavík quickly starts filling up with eager partygoers.

There’s a fair bit of folklore dedicated to the beginning of a new year. According to tales, this is the night that the elves and hidden people move to a new house, cows speak, and seals leave their seal skin and walk on land as men. While few people have a strong belief in stories of elves and trolls anymore, many people still make sure to leave at least one light on for the whole night, for the hidden people.