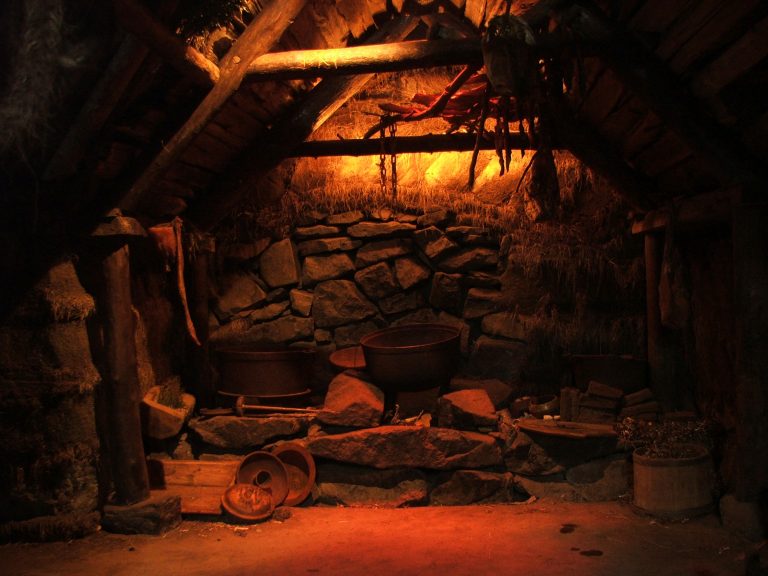 What You Didn’t Know About Icelandic Witchcraft

Iceland is magically beautiful, and the vast landscape has spurred imagination for hundreds of years. It’s not difficult to imagine supernatural entities roaming about and magical phenomena taking place. In Iceland, witchcraft and magic used to be ways to deal with the harsh environment and difficult living conditions. Many magic spells were focused on controlling the weather, to raise fertility of sheep or to get a more prosperous life. In this article, we will talk about some of the magic spells and symbols found in Icelandic manuscripts. 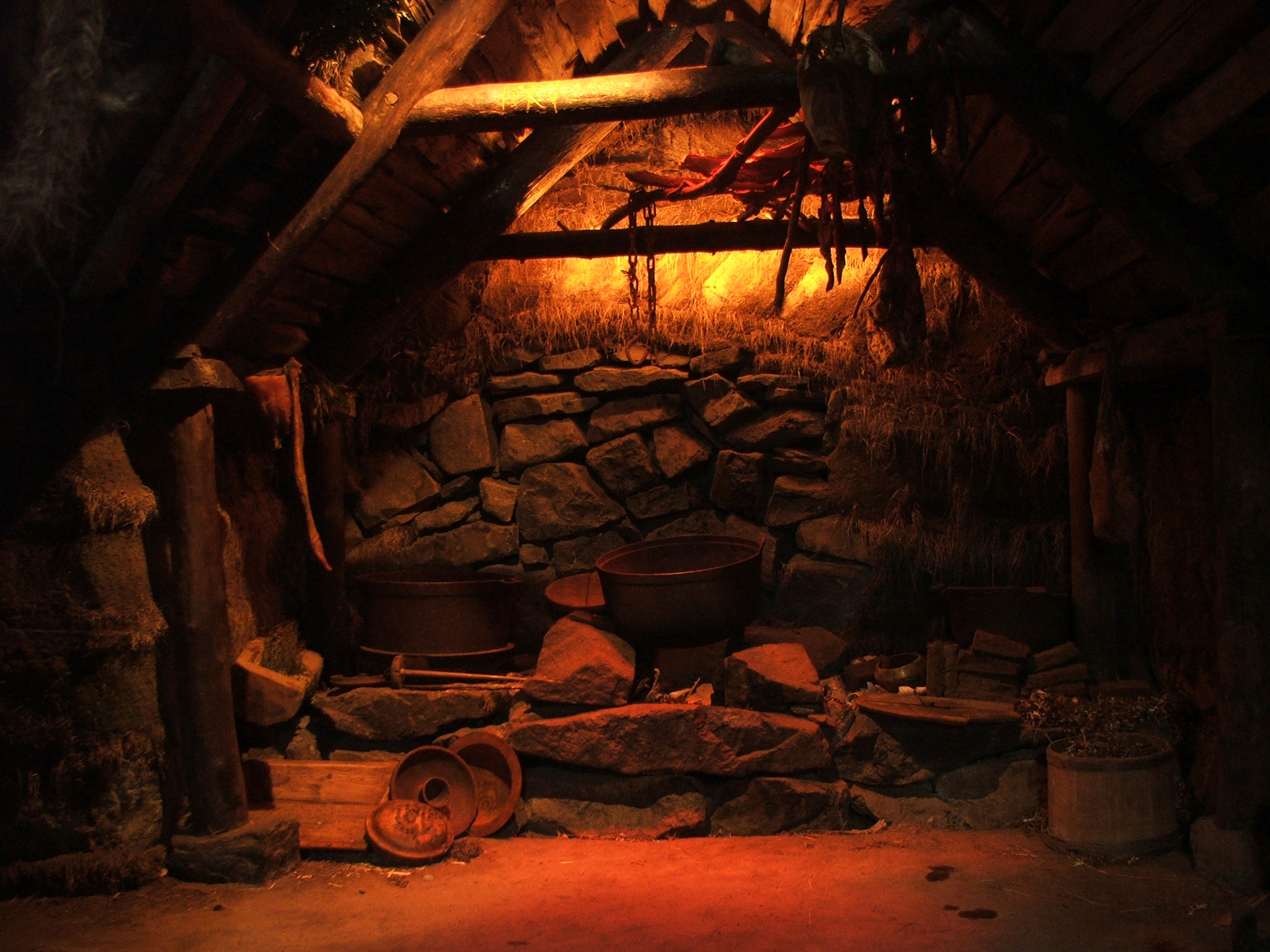 The European witch hunt and persecution of witches between 1300 and 1720 are a well-known fact. What might be lesser-known, is that Iceland has its own persecution period, known as the Age of Fire (Brennuöld), taking place between 1654 and 1690. Sorcery was commonly practiced in Iceland up until the 17th century, with many practitioners of both black and white magic. Following the European witch trials, Iceland also started prosecuting magic users. During the Age of Fire, over 200 people were charged with either practicing magic or being in possession of magical items. Of these people, 21 were burned, of which 20 were men and 1 was a woman. 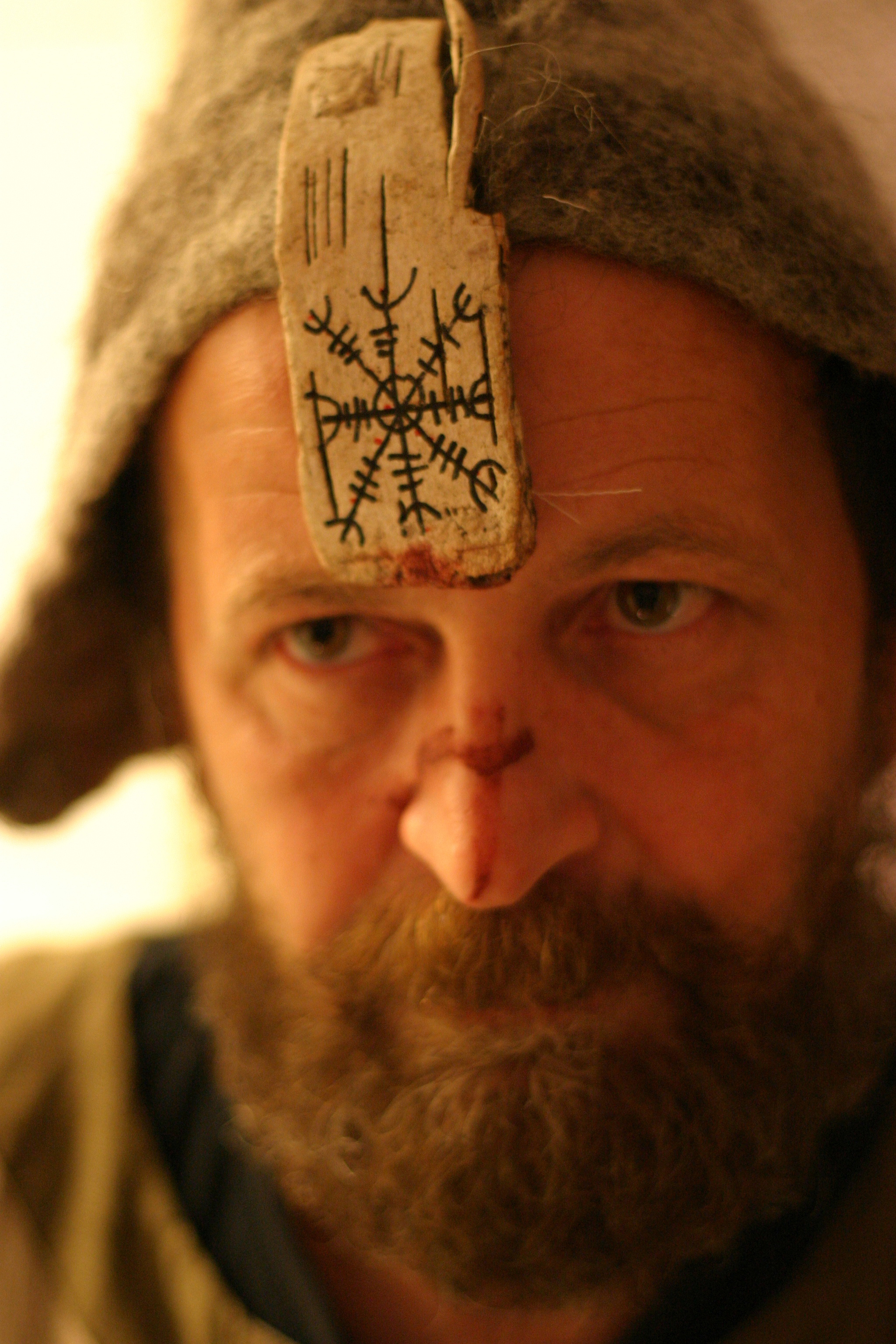 A grimoire is a textbook of magic in which instructions are written down for magic spells (galdrar), how to create talismans and amulets, and how to summon supernatural entities such as demons. A number of grimoires are found in Icelandic manuscripts dating back to the 17th century.

One of the magic items described in the grimoires, are the Icelandic magical staves and how to use them. Magical staves are signs that are believed to hold occult power. The two most well-known staves are Path Guide or Signpost (Vegvísir) and Helm of Awe (Ægishjálmur). Path Guide makes sure that the one who carries the sign “will never lose one’s way in storms or bad weather, even when the way is not known” (Flowers, S. and Weise, S., 1989). The Helm of Awe in combination with a special kind of magic called seiðr will cause confusion, fear and forgetfulness in others. In battles, this magical stave will offer protection and lead to victory. 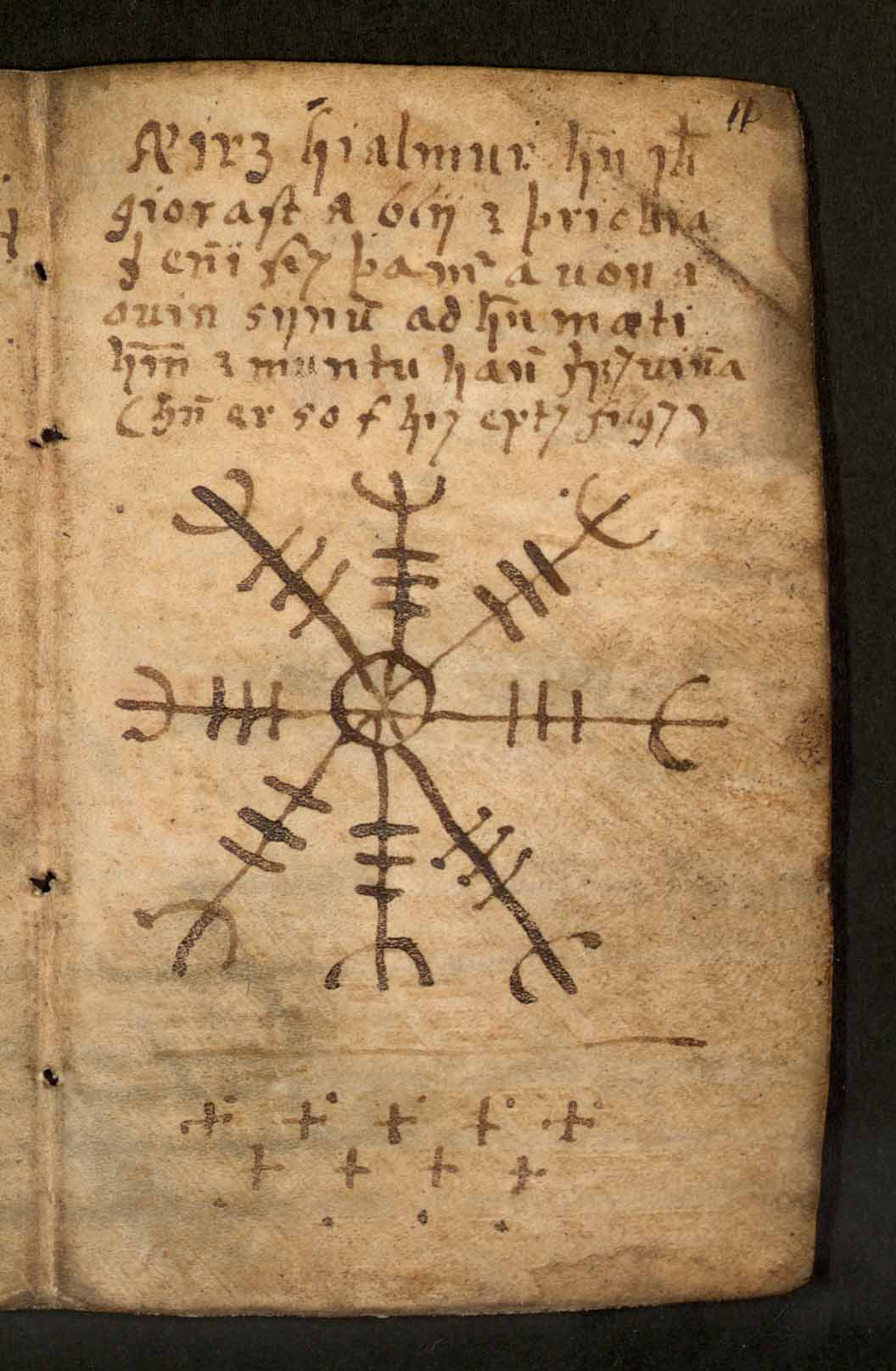 How to grow the magical Tilberi

Buckle up, because this is going to sound a bit disgusting. A tilberi is a magical creature that can only be created by a sorceress. She can make the creature out of a dead man’s rib and wool. After combining these ingredients, the sorceress has to keep them in between her breasts, spitting sanctified wine from three Sunday communions on it. After three Sundays, the creature will be alive, and in order to feed it, the sorceress has to let it suck blood from a special nipple on the inside of her thighs. But all of this is not for nothing! The tilberi can be used to steal wool and milk from sheep and cows of neighbouring farms. Once the sorceress grows older, the tilberi takes too much energy to carry around and feed. To get rid of it, she has to tell it to collect all the sheep droppings in the area. This will wear it down and it will not be able to complete this task. After the tilberi dies, it only leaves a rib, found next to a pile of sheep droppings. 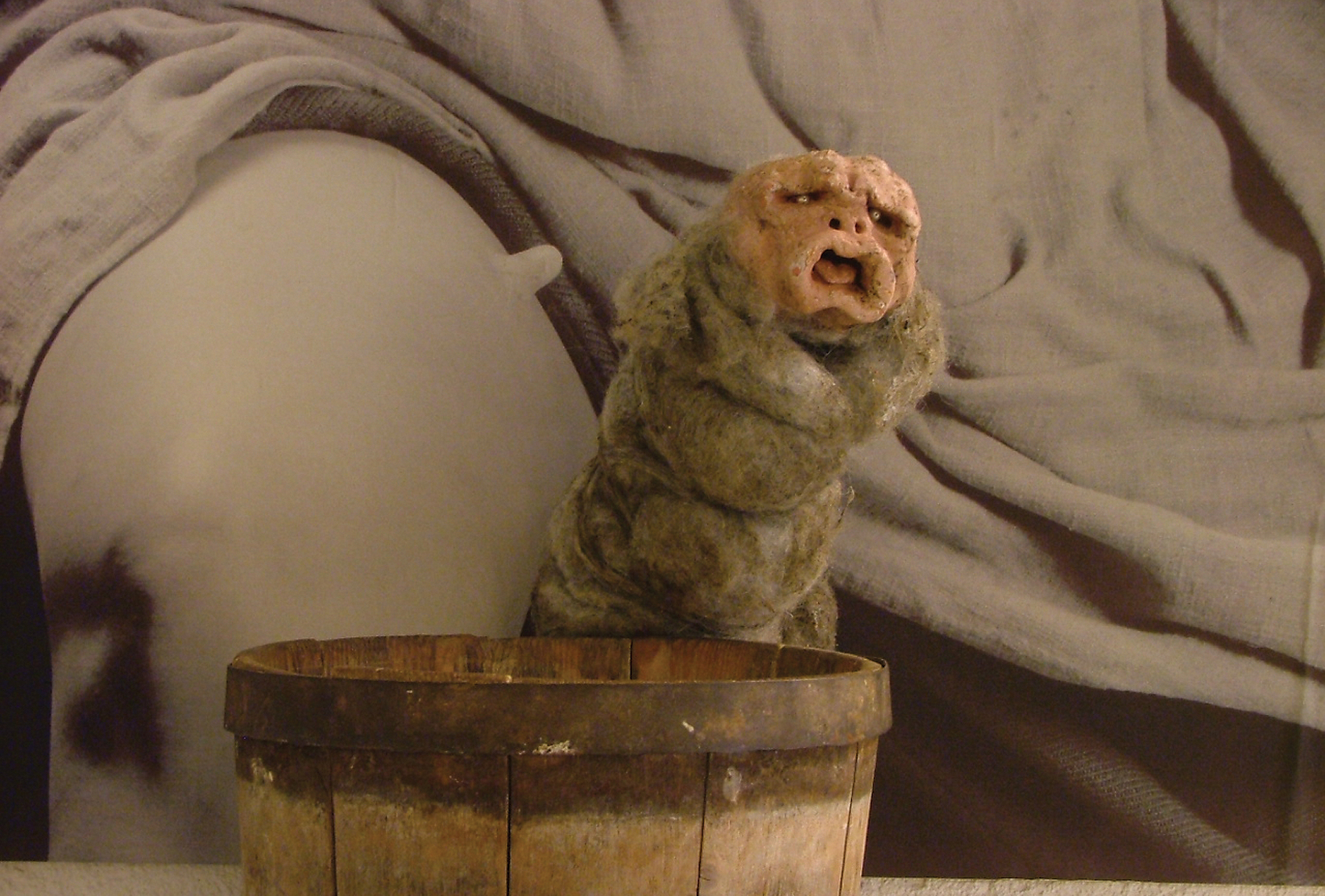 We kept the “best” for last, because the necropants (nábrók) is really something … different. These magical pants are made from a dead man’s skin and are believed to bring unlimited riches to the one who wears them. To make these pants, you need to ask permission from the person whose skin you will use. After this person dies, you will skin the body from the waist down, making a fashionable pair of pants. When you wear these pants, they will cling to your own skin, so you will not be able to take them off easily. In order to attract fortune, you have to keep a coin in the scrotum. This coin will work like a sort of magnet, pulling all coins out of your surroundings towards it. Success guaranteed! When you are dying after a long and rich life, you have to find someone to take the pants from you. This person has to step into one leg of the pants, while you step with one leg out of it at the same time. This is the only way to pass the pants on so that you can die in peace. 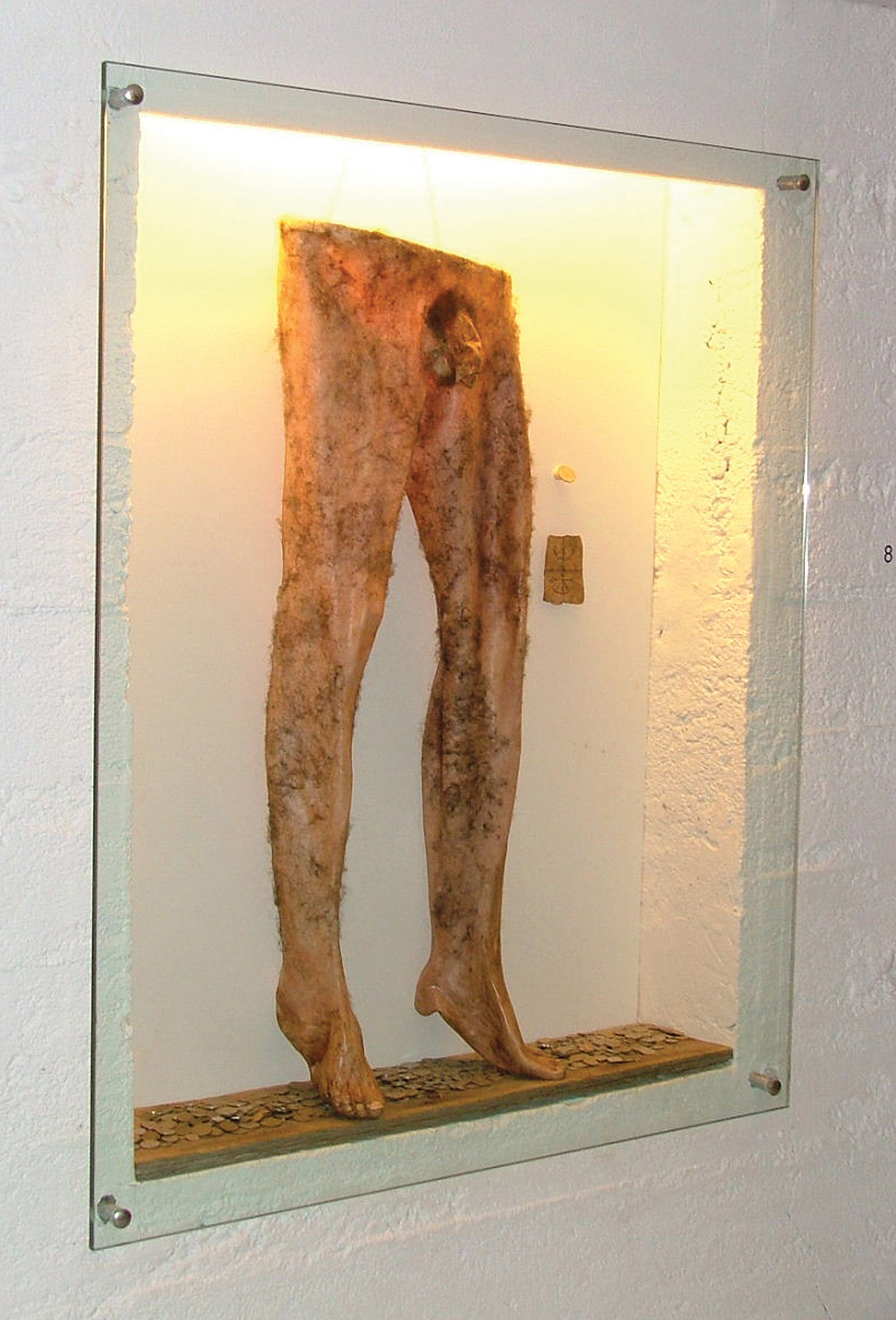 Intrigued? If you want to know more about witchcraft in Iceland, check out the Icelandic Sorcery & Witchcraft Museum in Hólmavík. 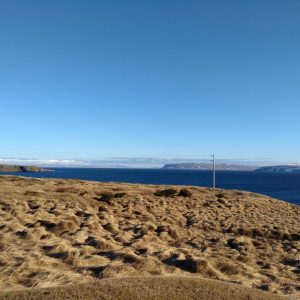 Things to Do in the Strandir Region